IT is one of my favourite Stephen King novels and while the film takes a lot of flak this is a pretty good adaptation, except for the end, but we’ll get to that. The flashbacks of the childhood memories work best and Pennywise the Clown is an excellent character. Tim Curry plays him well, he’s evil and funny and pulls the arms off children. A fun fact for viewers is that the crazy hair style for the clown is actually Tim Curry’s hair.

Like most of King’s stories it does a great job of portraying strange small towns and the people that live there. Also in common with many of his stories, the childhood past of the central characters provides an interesting and rich history to the contemporary events of the film. In particular the dynamics of the small gang of outcasts comes across well, not only that you feel for their battles, even if they seem petty compared to the more serious events of the story. 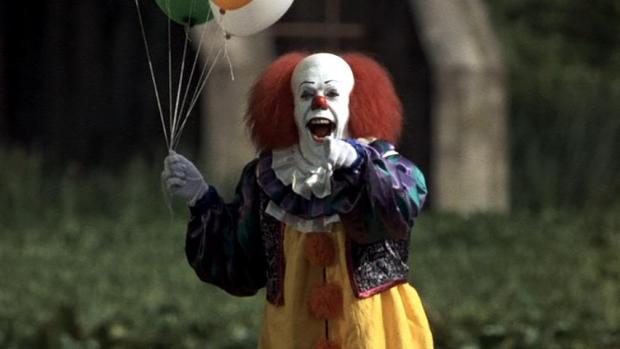 Unfortunately the end boss fight spoils the film somewhat, after Pennywise the reveal is a disappointment. The film highlights one of King’s weaknesses, he writes interesting characters and excellent stories, but he can’t write endings, that doesn’t matter too much as it’s a fun journey.

Still this is an entertaining film and has some excellent horror moments, most of those provided by Pennywise. He illustrates why clowns should be feared!

By the way, I’ve seen some complaints that the disk doesn’t include the second part (it’s a long film), the disk is double sided, so just flip it over for the concluding part.