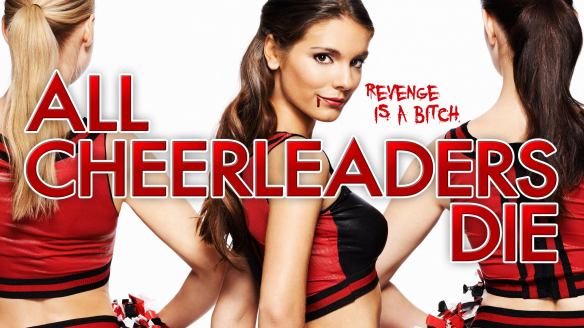 Discovering a genre piece that leaves viewers so tangled up that we’re able to punch the clock, and enter a fantastical world for a few hours, completely oblivious to life’s distractions is quite atypical. These days most films fail to piece every element together in proper fashion, often leaving just a bit missing from the equation. When issues of this nature arise in a production, that piece of work may not be DOA, but there’s a marked distance between a pic that gets it 90-percent right, and a pic that feels as near-faultless as imaginable.

All Cheerleaders Die is one of those unorthodox pictures that totally and completely mesmerizes, and it manages to do so because Lucky McKee and Chris Sivertson – the creative duo behind this vicious piece – understand pop culture, sporadic nature of today’s teens and ultimately, they hold a firm grasp on exactly what it takes to siphon laughs and terror in equal abundance. In short, these two are insanely refined, and dare I say, the future of this genre.

I was afforded a chance to hurl a handful of questions at these two, and being the class acts they are, they had absolutely zero qualms in getting back to me in timely fashion with the kind of answers that hardcore fans are itching to know.

I had originally planned on interviewing Lucky McKee exclusively, but when I received word that Chris was more than willing to share in-depth thoughts on the project, I was forced to combat the urge to suddenly attempt hazardous gymnastic maneuvers… inside my 950 square foot shack. That could have been ugly.

Enough rambling! Take a bite out of this gem, and get to know Lucky and Chris on a level you may not have known in the past. Class acts, and genuinely generous in taking the time to speak with us! We’re honored! 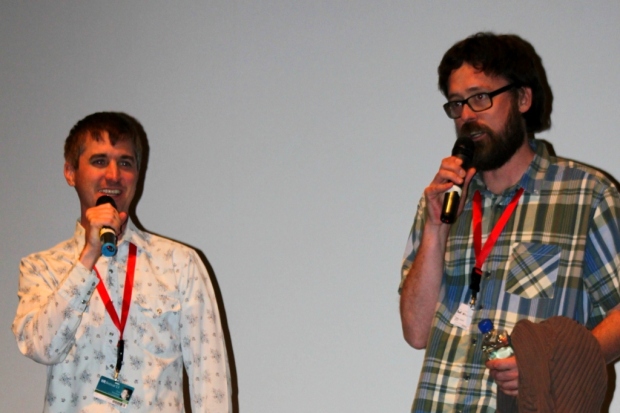 Matt Molgaard: I adored the satirical edge of All Cheerleaders Die. You somehow managed to poke fun at youthful clichés while incorporating a sense of realism in a lot of character behavior. What does it take to stay so fine tuned to current youthful trends, and furthermore, how do you anticipate teen crowds (who will no doubt flock to this one) responding to this film in specific? Are kids today aware enough to laugh at themselves?

Chris Sivertson: Rather than thinking too much about whatever the current youth trends are, we just assumed things today aren’t that much different from when we were in high school. Technology has obviously changed drastically, but the core emotional dramas and dilemmas that teens face today are probably more or less the same as what we dealt with. You’re trying to determine your own identity amongst your peers as a separate thing from your identity within your family or home life. You’re testing the waters of relationships and maybe sex. All while your body is rapidly changing. So the teenage years are ripe for drama – and for humor of course! Hopefully most people can laugh at themselves. People who can’t do that are the most frustrating people to be around – or sometimes the most unintentionally funny people to be around I guess. But in the movie we tried to balance the humor with moments where we take the drama completely seriously. The characters aren’t jokes to us. But that doesn’t mean that sometimes they don’t crack us up! 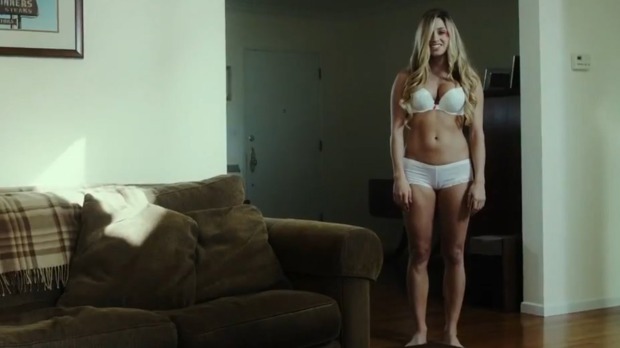 MM: All Cheerleaders Die is, thus far, the greatest horror film to see release in 2014. Whether that translates into financial success remains to be seen, but I imagine you must be quite pleased with the final product. Assuming this pic draws the attention it deserves (and holy hell does it ever deserve it!), would you ever entertain the idea of a sequel?

CS: Wow, that is very kind of you to say. Glad you had fun with the movie! We’ve always seen this movie as the first installment of a larger story, so we would love to do a sequel. The prospect is very exciting from a creative standpoint because this movie has gotten all of the set-up out of the way. We’ll see how things shake out with the release, but there is a lot we’d like to do. And the sequel would not retread the same ground, it would be a whole different beast.

MM: I think the casting of All Cheerleaders Die was about as close to perfect as one could ask for, yet there aren’t many marquee (if you will) names included in the lineup. Tell me about the casting process and your feelings on the performances showcased in the film.

CS: Thanks, we are thrilled with our cast! The first step in that process was Andrew van den Houten introducing us to a great casting director in Lindsay Chag. The second step was just really taking our time with the audition process. We saw a ton of people. It’s a really fun process where you’re starting to see the movie come to life before your eyes. We auditioned in a little theater, so the actors were on an actual stage, which I had never done before, and it was awesome. Everyone we hired was cast because they brought out dimensions in the characters we weren’t even aware of when we wrote them. We didn’t want exactly what was in our heads, we wanted something better than what was in our heads. That’s when things really get exciting – when you get surprised in the auditioning process, and when unexpected things happen. Also, everyone we hired brought a great sense of energy to the project. They had a real excitement to be there. It wasn’t just another job. Hopefully we were able to capture that energy and sense commitment and get it up on the screen. 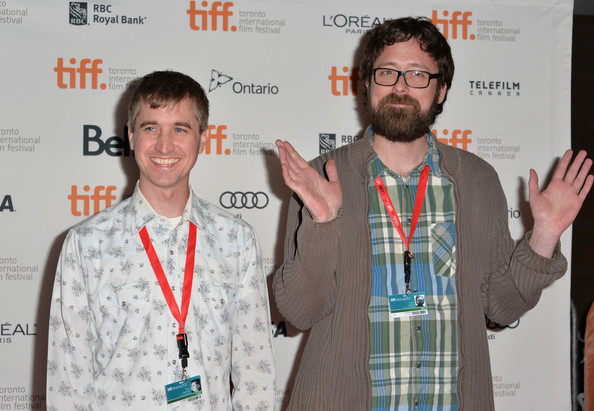 Matt Molgaard: From what I understand you come from something of an impoverished background. Yet you’ve turned life around, written and directed some amazing films and established yourself a powerhouse of the genre. I’d love to hear some words of advice for the aspiring filmmakers who weren’t born into big bucks or famed families. What does it take to see dreams come to fruition when limitations can feel so daunting?

Lucky McKee: I wasn’t eating out of dumpsters or anything, but we didn’t have much. That’s true. If I wanted to pursue interests in comics or movies or books, I had to go out and earn the dough to pay for it. My first video camera was bought from the proceeds of my work at a horse ranch shoveling shit and feeding animals. I was eleven years old and the work was hard, but an opportunity was there, and it was well worth it to me. So, I guess my advice is this: Sometimes you have to shovel shit in order to do the things you love. The big trick is to never eat shit because you might acquire a taste for it.

MM: I’ve noticed a theme in the majority of your pictures. With the exception of Red (which I simply cannot speak on, as I haven’t seen it), you tend to not only place women at the forefront of your pictures, but you often empower them to a great degree. Is there a personal motivation behind that decision?

LM: It’s not something I consciously do. I follow my interests and that’s the way it’s come off so far, I guess. There are certain characters that are strong, but there’s plenty in there that aren’t. I just try to do what seems true to a given idea. It’s not like I have some social agenda or anything!

MM: After watching May it seemed evident that the name Lucky McKee was going to be a name spoken of quite frequently in this business. But, you’ve surpassed my personal expectations, creating not good films, but excellent films. The Woman was an astonishing piece that I once declared your “sure fire masterpiece”. Then I got the chance to screen All Cheerleaders Die, and I myself about died. It’s an amazingly engaging, humorous and gnarly piece of work. Do you consider this to be your strongest film, and what do you eye – professionally from here? Do you attempt to craft an even stronger film, or do you wipe the mental slate clean and simply aim to make another quality film? 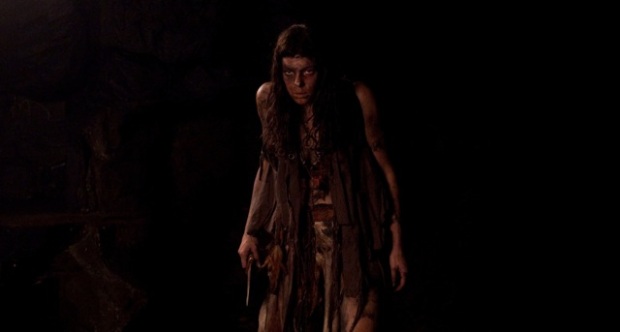 LM: It’s hard to assess one’s own work. I’ll start feeling pretty confident in something I’ve done, and then take a look at it later and find myself incredibly embarrassed by it. I think I’ve made some competent films – and THE WOMAN is maybe the best constructed – but I still feel like I’m figuring things out on a daily basis. There’s a big part of this that feels like I’m fooling people into thinking I know what I’m doing when in my head it feels like I don’t have a clue!

MM: Your résumé is brilliant. Can you look at your body of work and pick a favorite, and if so, where does All Cheerleaders Die fit in the mix?

LM: That’s nice of you to say. I have favorite aspects of some of my films, some “good runs”, but I couldn’t really pick one whole film over another. Each one represents who I was at the time I made it, so it’s impossible to have a preference. The best parts of any movie are the ones that make you forget you’re watching a movie. Where distraction is at a minimum and the audience is completely engaged. I think the last scene of MAY has that. The confrontation between Cleek and his wife in the kitchen near the end of THE WOMAN has that. The first dream sequence in THE WOODS, maybe. The orgasm sequence in CHEERLEADERS is really fun to me. I don’t know, that’s just how I feel about it today, I guess!

MM: And finally, before I cease to hound you, I’ve got to know: what are the chances of seeing you work with Jack Ketchum again? I’ve dealt with the man on a business level myself and he strikes me as an awesome, down to earth gent. I really felt The Woman was an incredible piece of work. Will we get to see you two collaborate again?

LM: We’re writing a new story right now. Screenplay version and book version. I’m extremely excited about it because it’s uncharted territory for both of us. And it’s a bit more on the epic side, if that makes any sense.

MM: On a purely personal level I’m a genuine fan – and as a longtime Northern California (Sacramento area, though born in Los Angeles) resident, you will always have my support!

LM: Thanks so much! NorCal is a large part of who I am. I miss it a lot.

Dig on the film’s trailer below:

1 Comment on [Interview] Lucky McKee and Chris Sivertson Talk One of 2014’s Best ‘All Cheerleaders Die’!