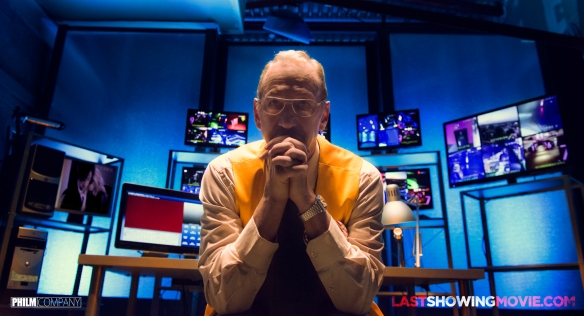 If you’re hooked on horror, you support Robert Englund. That’s just all there is to it. The man’s a legend, a class act and an inspiration to many. Therefore, when Robert is involved in a project, we’re all eager to talk about it. The Last Showing is the new vehicle revved up for Englund, and we’ve got a look at the first trailer below. It’s brief, but it’s definitely worth watching.

No word on an official US release date, but we’ll bring you up to speed the moment we receive word!

Synopsis: When a life-long projectionist (Robert Englund aka Freddy Krueger) is made redundant he looks to exact his vengeance on a generation that no longer requires his skills. He traps a couple inside his multiplex cinema and manipulates them into becoming characters in a horror film being captured by CCTV cameras.