Written by: Matt Molgaard Joe Begos’ indie flick Almost Human suffers from financial restrictions, and isn’t what I’d deem the most creative of films. However, there’s an obviously valiant effort to manufacture tangible terror here, and that goes a long way in my book. Almost Human isn’t vying for any best of lists, in my opinion, but there’s a pulse in the production, it’s visible, and I can respect that – quite a bit.

The story sees Mark suddenly disappear after an unexplainable bright light illuminates the sky. He’s gone without a trace, and his love interest Jen and best friend Seth are confused, frightened and at a complete loss for any rational explanation. Mark’s disappearance has a mentally debilitating effect on those close to him, but as two years shamble by, the impact of the incident begins to wane. Until Mark suddenly returns, a shell of his former self. An evil shell. Any compassion the man may have once had has expired, in its place the desire to murder (viciously) and begin building an army of… special individuals with uncanny powers. This guy is, essentially, out to assemble an army of not-quite-humans who have no qualms with dishing out grotesque ferocity. Can Seth and Jen come together to end this vile imposter’s run of insanity? The magic 8-ball isn’t offering up much positive advice. 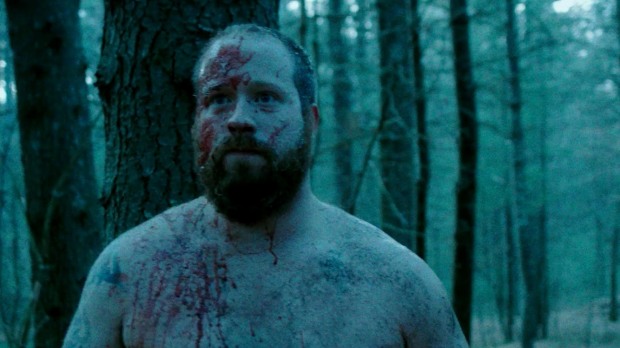 There are some noticeable issues with the screenplay. A few plot holes are easily detectable, and as already noted, there isn’t a wealth of creativity on display. You won’t be blown away by the film, to give it to you straight. You may however enjoy it for what it truly is: a micro-budget flick that sports a few unnerving sequences and an enormous degree of promise from Begos, who is still just a kid looking to find a place in Hollywood. And he can do it. If he can recognize his weaknesses and accept the fact that he’s got to evolve in order to thrive, he may just establish himself a certified genre prospect.

Respect goes out to the entire crew involved here. From Begos’ ambitious approach, to Josh Ethier’s adequate editing and Rob Fitz’s energetic practical effects to the strong push that film leads Graham Skipper (Seth), Josh Ethier (Mark) and Vanessa Leigh (Jen) exert, it isn’t difficult to separate this from other similar shoestring works. This is an ensemble that carried heart to set on a daily basis, and decided early to do everything in their power to assemble a movie that might just open up more promising doors in the future. While Almost Human is a flawed piece, it’s a zealous enough production to begin paving a way for a group of respectable unknowns.

We’ll see where the future takes this little crew.