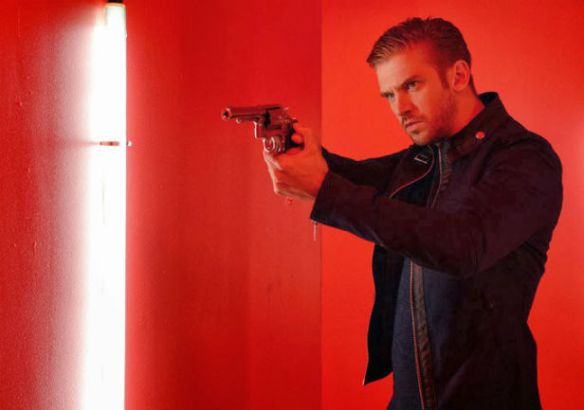 When Adam Wingard makes a movie, fans pay attention. When Simon Barrett writes a script, fans pay attention. Any time two of today’s strongest and most prolific of genre contributors, Wingard and Barrett join forces, we’re damn near guaranteed to see a gem of a flick. These guys are stupid talented, extraordinarily dedicated, and we’re in full support of their movement. The latest from these gents? The Guest, a twisted psychological piece that incorporates loads of action and suspense. It’s not the kind of pic destined to leave the stomach rolling, but it is the kind of flick that’s going to hold the attention in an unbreakable vicelike clutch. And we want to see it! For now, a new teaser is going to have to hold us over! Check it out after the jump.

Synopsis: A soldier (Dan Stevens) introduces himself to the Peterson family, claiming to be a friend of their son who died in action. After the young man is welcomed into their home, a series of accidental deaths seem to be connected to his presence.