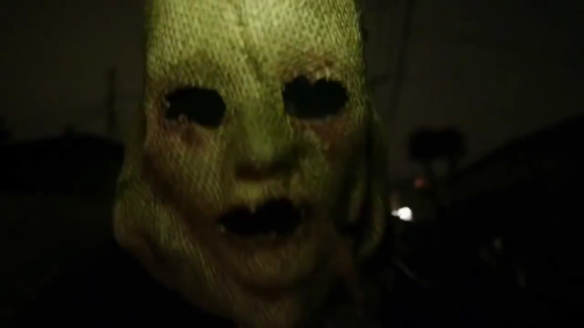 Written by: Wesley Thomas Directed by: Zachary Donohue Cast: Melanie Papalia, David Schlachtenhaufen, Matt Riedy Now this is what I would call a breakthrough in the horror genre. I know there will be viewers out there who will feel it is too modernly executed, but I think that is the reason it is such a success. Not to mention it scared the living daylights out of me!

Firstly, to give you an idea of the plot, we have a young woman named Elizabeth Benton (Melanie Papalia). Elizabeth has applied for a grant in order to financially invest into her creation, which is a cam-2-cam experience that randomly links you with people all over the world that are logged into this service. You can private chat, and if you are found facing someone you don’t care to talk to, you can skip. So, near the start of the film we find out that she is in fact successful and receives a nice wad of cash to research and develop this further. All the while trying to make time for her family and friends.

But shortly after she gets the green light, stuff goes downhill pretty fast, quite literally. The pace strolls along at first, but after the first webcam homicide the pace soars. Giving you just enough time to keep up and understand what is happening.

Suspense and mystery escalate brilliantly. At first giving the impression the camera or software is faulty. But when Elizabeth witnesses a girl get murdered live from the comfort of her own apartment, she has no choice but to go to the authorities. But as is often the case in horrors, the police cannot do anything until unearthing proof of a crime. Typical. Which leaves her facing this demented individual on her own. But she has no idea this psychopath has complete access to her digital world and can practically destroy her life. This also means the people close to Elizabeth that have had contact with her could very well be in danger.

This movie is inventive in the filming aspect, the viewpoint of webcams making up the majority of the flick. But this is not only exploiting our contemporary cultural habits and technology, it adds to the scares! I myself Skype very often, so for me as a viewer, I found this one quite unnerving. The filming is incredibly realistic, and it forces you to imagine witnessing chaos on the other end of a webcam and being powerless to stop it.

But if it weren’t for the realistic acting from all the cast this would not be achievable, but luckily they are very subtle in actions and reactions. Or how you would imagine you’d react after witnessing the death of someone, with the killer having seen your face, thus exposing you to further virtual stalking and harassment.

On a scare-o-meter this has to be up there in the 7-8 mark. I was pleasantly surprised at how discomforting it actually was. There are a reasonable number of moments where you are completely unaware what is going to happen next, and some frights that completely catch you off-guard and shock the hell out of you. It takes the ‘he’s behind you’ horror code to a next generation of fear.

Much deeper than the dread aspect we are obliged to accept the possibility that even though this is a film made up of actors and a camera crew, that this could happen. It exposes the real dangers that hackers can impose on our lives, and the threats and risks that come with having the most up-to-date technology. Hazards that an everyday person would not even consider. So although this was an excellent watch, it does make the audience (whether subconsciously or consciously) face the truth.

Alas, we do have some comical moments to break up the terrorizing scenes. That in itself is interesting. There is a reason Youtube is a global phenomenon, because we enjoy disturbing and hilarious videos of people doing crazy and embarrassing stuff.

So the film has been a success, but how do you end this innovative tale of technological terror? You end it with a palpable mystery that forces the viewer to think, of course. Which is my favourite form of ending!

As a horror movie addict, I recommend this to fellow addicts out there, this one is a winner. 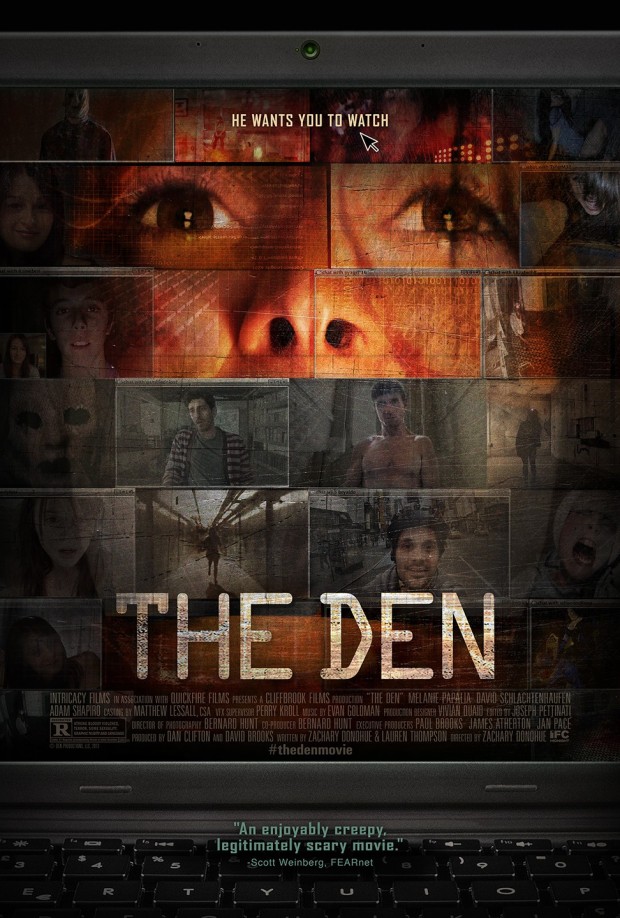 1 Comment on ‘The Den’ is a Breakthrough in the Horror Genre!