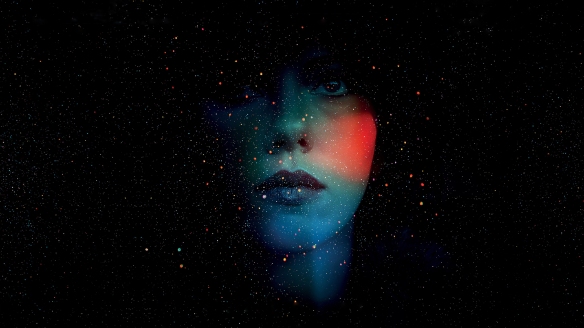 There are a myriad of killer flicks hitting outlets today. From a killer Criterion release of Scanners to an assortment of new, refreshing flicks featuring a few of Hollywood’s biggest names, there’s a lot to go around. I’ll tell you right now, Open Grave, Under the Skin and the Criterion release of Scanners are all absolute must-haves, and that’s just the tip of the iceberg.

Killer Legends (Breaking Glass Pictures): Many people believe the scariest urban legends are just modern-day folklore; campfire tales of axe-wielding boogeymen, haunted mental institutions and witches in the woods — the storylines of our favorite horror movies, but often beneath the surface of these harrowing myths lies a horrific truth that’s scarier than any fiction.

Through a chilling blend of investigative journalism, and what folklorists call Legendtripping, filmmakers Joshua Zeman and Rachel Mills embark on a dark journey as they investigate four of our most terrifying urban legends and the real-life crimes that may have inspired them. Peeling back the layers of storytelling, from interviews with shocked detectives to traumatized victims, our filmmakers discover a truth more horrifying than they had ever imagined. Unraveling the mystery behind a legacy that refuses to die, this is an attempt to understand not just what we all fear, but more importantly… why we continue to believe.

Legends included: The Hookman, The Candyman, The Babysitter & the Man Upstairs, and Phantom Clowns.

The Last Days (MPI) – DVD and blu-ray: Marc has been trapped inside his Barcelona office for three months.  Outside, the world has plunged into chaos following the outbreak of a fatal type agoraphobia known as The Panic, which kills anyone who ventures outdoors.  Desperate to tunnel out in order to try to find his girlfriend, Marc makes a tense alliance with Enrique, a coworker who has a rare, functioning GPS.  Equipped with only minimal supplies and a desperate need to escape, the two embark on a journey through the lawless, hostile subway tunnels and sewers in search of their loved ones. “A consistently captivating, well drawn and frequently touching vision of the apocalypse” (Dread Central), Álex and David Pastor s (Carriers) THE LAST DAYS is a uniquely claustrophobic look at the end of the world.

Open Grave (New Video Group) – DVD and blu-ray: A man wakes up in a pit of dead bodies with no memory of who he is or how he got there. Fleeing the scene, he breaks into a nearby house and is met at gunpoint by a group of terrified strangers, all suffering from memory loss. Suspicion gives way to violence as the group starts to piece together clues about their identities, but when they uncover a threat that’s more vicious – and hungry – than each other, they are forced to figure out what brought them all together – before it’s too late.

Scanners (Criterion) – DVD and blu-ray: Darryl Revok is the most powerful of all the scanners, and is the head of the underground scanner movement for world domination. Scanners have great psychic power, strong enough to control minds; they can inflict enormous pain/damage on their victims. Doctor Paul Ruth finds a scanner that Revok hasn’t, and converts him to their cause – to destroy the underground movement.

The “Scanners” Way, a new documentary on the film’s special effects

The Ephemerol Diaries, a 2012 interview with actor and artist Stephen Lack

One Blu-ray and two DVDs, with all content available in both formats

PLUS: A booklet featuring an essay by critic Kim Newman

SX-Tape (Well Go USA) – DVD and blu-ray: What begins as harmless sex games between a free-spirited artist (Caitlyn Folley) and her videographer boyfriend (Ian Duncan) turns much darker as the pair breaks into a boarded-up former hospital , looking for a space for a new gallery show. As they investigate the building’s ominous rooms and passageways, a seductive prank , meaning to arouse and terrify, goes terribly wrong – and what is discovered will destroy them both.

Torment (Vertical Entertainment): Newlyweds Cory and Sarah Morgan take Cory’s 7-year old son Liam up to the country for some much needed family time. When it appears as if Liam has run away, psychological suspense becomes straight-out horror, as Sarah and Cory must now confront a sadistic cult-like family who have been hiding in the house all along and have taken Liam for themselves.

Toxin (Xlrator): Lieutenant John Paxton wants revenge against the government he and his men swore their lives to defend. The very government that abandoned and betrayed him, leaving him to die after a secret biological warfare experiment went horribly wrong. John will discover revenge is a journey that will ultimately leave millions infected, countless dead, and the lucky few survivors struggling to find the last safe corner for humanity.

Under the Skin (Lionsgate): A female alien comes to Scotland to replace a deceased alien. She drives a van through the roads and streets seducing lonely men to process their bodies. Soon the emotionless alien sees her human form in a mirror and she experiences the human emotions and feelings coming to a tragic discovery.