An associate of mine once told me that a quality reviewer is an artist in his own right. I don’t know that I agree with that statement. What I am certain of, however, is the fact that filmmaking is a challenging and very legitimate art form, and I can say without trepidation that Srdjan Spasojevic is a brilliant filmmaker (even if astoundingly controversial) that has managed to deliver a deeply disconcerting pic, despite a rather limited résumé.

Here comes the conundrum; While Spasojevic has shot a technically refined flick in A Serbian Film, I cannot in good conscious tell you that it’s an enjoyable film, to any degree. It’s actually rather deplorable, exercising moral depravity with seeming joy. The picture pushes every boundary known to not only the industry, but man. If Forrest Gump was made with the goal of enlightening viewers, A Serbian Film was made with the goal of inducing complete and utter hopelessness.

I cannot dive directly in to the deep end of the pool in terms of plot details, but I can craft a rough sketch, which should probably function as a successful warning: Nastiness lies in wait. The story follows Milos, a washed up porn star who battles serious financial issues while attempting to play head of household. He’s afforded an opportunity to shoot an adult film that will pay a large enough sum of cash to ensure not only short term wealth, but financial stability for his son down the stretch. It’s obvious good money. The hitch lies in the fact that Milos must a sign a contract, without having any knowledge of the material to be shot. It’s a setup that screams terror, but Milos – in a bind and feeling emasculated – climbs aboard. Thus begins a journey into the adult industry’s seediest realms, the darkest depths imaginable.

Rating this one is a nightmare all its own. Technically it’s a vibrant film, but it’s so disgusting I don’t want to urge anyone to clamor for a copy. If you’re addicted to the extreme, seek it out. If you can’t handle what feels like pure unadulterated evil delivered in a contemptible package, avoid it at all costs. 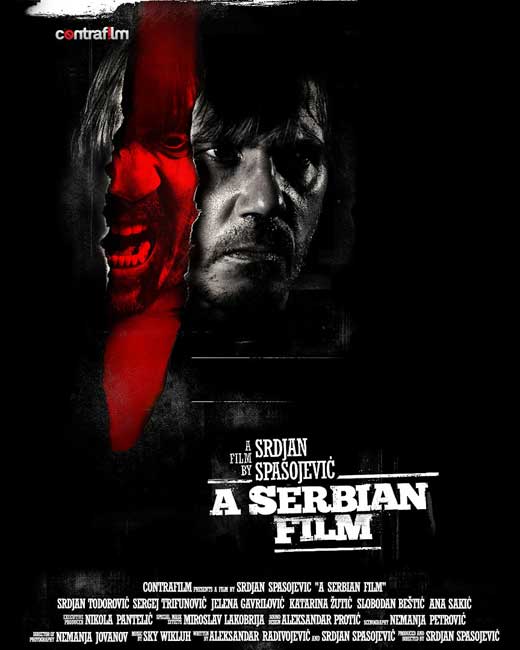