Want to know how to screw up a Halloween themed horror flick? Throw in just about zero seasonal visuals and extremely minimal references, create a couple very annoying characters, load them up with despicable dialogue and sit back and watch the crash unfold. Or take the far faster route and seek out Jeff Chamberlain’s Abandoned Mine.

The story sees a handful of ignorant kids who get together for the holiday and jump down into a mine shaft that’s said to be haunted. One thing goes wrong and triggers a domino effect and the next thing we know these silly little bastards are dropping like flies. Is it the spirit of the man who is said to haunt the mine? Is this the work of a living, breathing human being? Or is this something else entirely? Intriguing questions that ultimately aren’t delivered in very intriguing fashion.

Most of the onscreen performances are strong. But the characters themselves and their personalities are just nauseating. Brad, the male lead (played by Reiley McClendon) is a complete tool bag who makes some horrendous decisions, but never does a damn thing to redeem himself. The ladies on hand are neither lively nor likeable and Jim (Adam Hendershott) is almost as big of a tool as Brad. Ethan however, is the savior of the group. Hell, he’s the entire film’s lone saving grace. He’s hilarious and I can’t wait to see what Charan Prabhakar, who plays the character, does next.

Abandoned Mine has too much cheesy, nonsensical dialogue to ever really get into. The characters aren’t memorable (sans the aforementioned Ethan) and there are very few visuals designed to stimulate. It’s a flat, cheesy film that just doesn’t impress on any level. There are a few cool ideas here, but they’re buried much too deep to make a difference. This is a missed opportunity if ever I’ve seen one. Watch it if you dare, but don’t anticipate anything impressive. 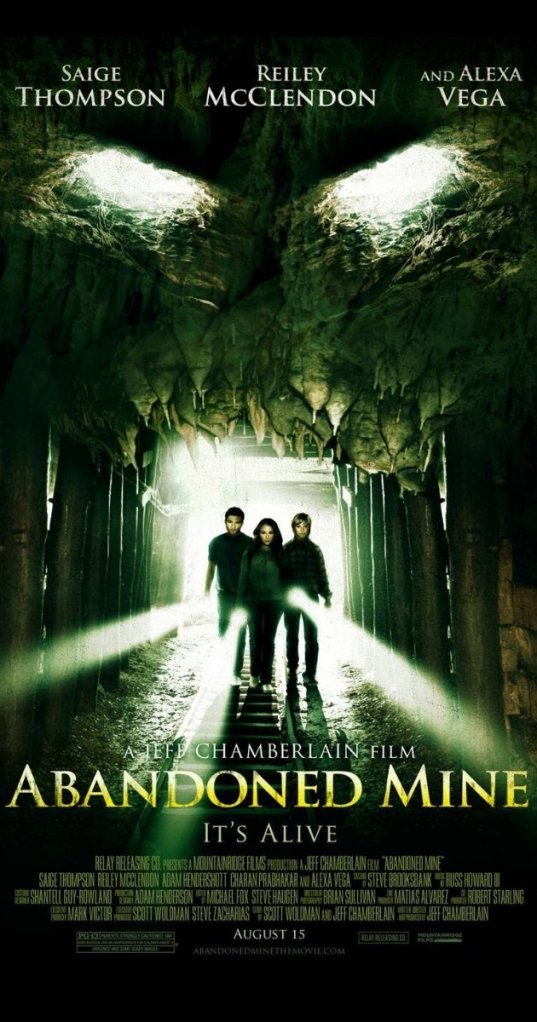