The Chinese are planning to take over the United States. A number of government officials are corrupt, determined to betray their own country. The president is a werewolf. But ironically, that werewolf might just be the only one who truly aims to keep America a free country. Sounds deep, right? It’s not. And it’s not meant to be. Mike Davis set out to make a humorous piece loaded with monsters and political satire, and I’d say he succeeded, tremendously.

Compiled exclusively from public domain and old recycled film footage with new dubs, this is a pic that stands out for all the right reasons. The aesthetic values call to mind some of the greatest adventures into exploitation movie fanatics have ever seen, and the script is absolutely brilliant. The major conflict falls into the background as riotous comedy quickly inundates the viewer because Davis isn’t concerned with abiding by rules or withdrawing any PC cards from his cargo shorts. He’s witty, offensive, juvenile and shocking, all simultaneously… and it’s really something. President Wolfman is fucking glorious!

Seeing Dean Stockwell featured in the film completely caught me off guard. I’m now itching to know what old clunker this footage was pulled from. Whatever it was, however successful or unsuccessful it was upon initial release, it’s now got new breath thanks to a filmmaker with a sharp sense of humor and a willingness to step up to a feature film concept with one sole intention: Deliver an outlandishly awesome movie that can be enjoyed by damn near anyone (I wouldn’t recommend it for young children, but they’re certainly the exception) while possibly offending everyone. Sheer genius.

I’m new to productions of this variety. In a sense, I suppose that means Davis deserves credit for not only creating a chaotic and uproarious film, he deserves credit for taking a recycling trip and entering a realm of originality. You just don’t see this every day. President Wolfman boasts some hokey but fun editing, amazing one-liners, truly startling visuals and a preposterous governmental concept that – as crazy as the world is today – feels oddly possible. Respect, Mr. Davis, you’ve got a legitimate winner here that now joins a surprisingly long list (18, by my personal count) of Best of 2014 candidates. 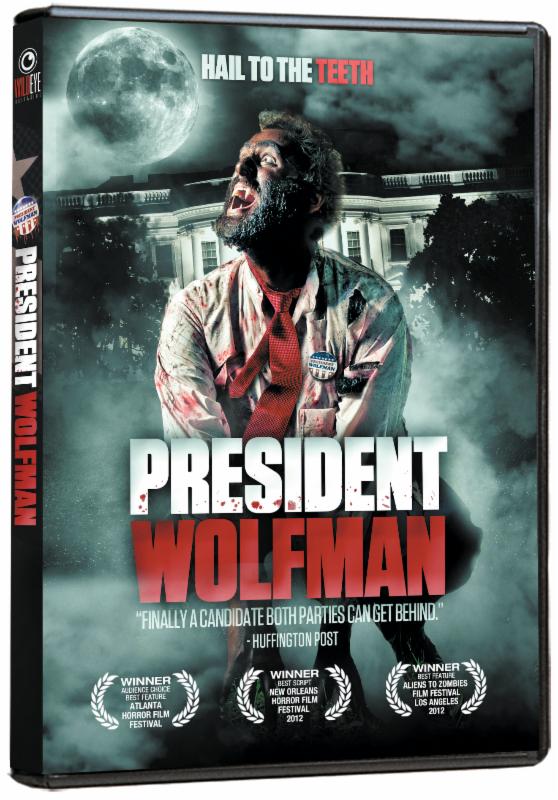