At The Devil’s Door is a movie that can be best described as thick in atmosphere and suspense but thin on character. It’s frustrating because director Nicholas McCarthy does so much right and clearly has a lot of talent behind the camera, having proven himself with his Debut feature The Pact. And in a lot of ways his follow is just as good its acting and visual style are right up there with the best of them.

At The Devil’s Door starts with a young girl who, after falling for a young man following a trip away from home, he clues her in to a place where she can get five hundred dollars for selling her soul. Intrigued, she goes along with him to an old trailer where a man asks her to take part in three rounds of “the shell game”. After winning all three rounds the old man smiles and tells her she has been chosen. Over the course of the film we follow three characters as they are stalked by a demonic entity hell bent on its own manifestation into our world. And this is where the movie’s one and only problem rears its ugly head, a lack of a central character.

After the set up the movie shifts focus to another character, a real estate agent who is hired to sell the house of the young girl from the beginning of the movie Leigh (played by Catalina Sandino Moreno). Then after a while we switch back to the aforementioned young girl, then back to Leigh then for the final thirty minutes of the movie we follow Leigh’s sister, Vera played by Naya Rivera. The shift from one character to the next is quite jarring and leaves little time for any real development. This is the only problem the movie has, but it’ such a big problem that I had trouble getting past it.

From a visual standpoint the movie is fantastic, Nicholas McCarthy knows how to pile on the suspense and build up tension and never has a problem delivering the chills. He keeps the camera slow and steady and lays down a creepy atmosphere that drips with a sense of dread and unease, never relying on out of nowhere jump scares. Given the right material McCarthy could deliver something truly unforgettable and going by his first film I’m confident in saying that it’s only a matter of time before he gives us a masterpiece.

At The Devil’s Door only narrowly misses the mark and it’s such a shame because with a longer running time and more focus on a central character this could have been great. As it stands it’s a well-shot and well-acted horror movie that’s lack of a central character holds it back from Brilliance. 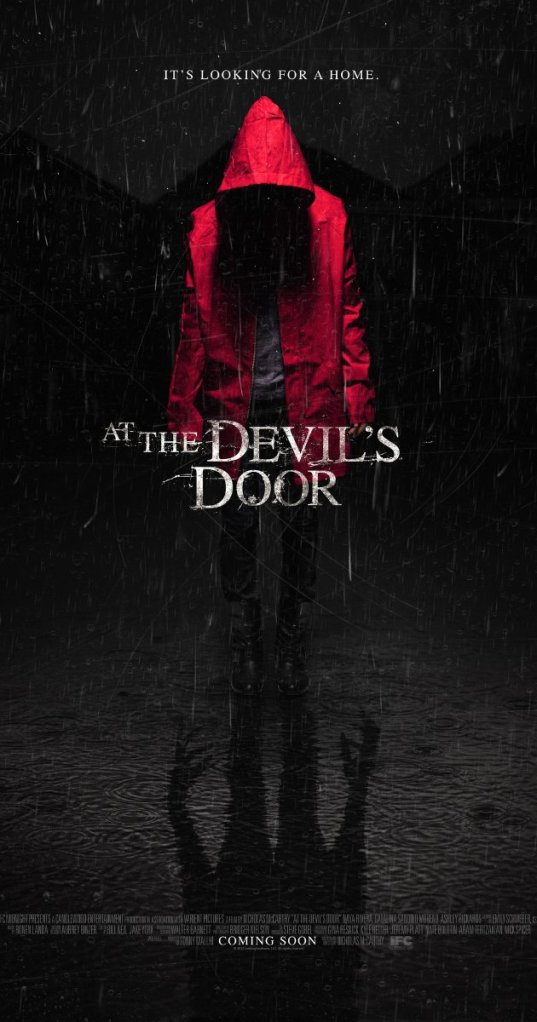