John Washington (Mark Strong, Tinker Tailor Soldier Spy) is a “memory detective”—a psychic who can travel through a person’s memories to help process traumatic or solve crimes. He used to be among the best, but has been out of commission since his wife’s death and now needs a second chance. He’s sent to see Anna Greene (Taissa Farmiga, American Horror Story), a teenager who hasn’t eaten for a week. His boss claims her case should be simple, a quick way for some easy money from her rich parents. But it’s not long before John finds himself falling down a rabbit-hole of abuse, murder and family secrets.

And things get even more bizarre and convoluted from there.

Anna (aka Mindscape) is Jorge Dorado’s first feature-length film. He has worked as assistant director for such films as Bad Education, Talk to Her* and, perhaps most relevantly, Guillermo del Toro’s The Devil’s Backbone, and he makes good use of that experience. Some of the visuals are really beautiful. Even though the setting isn’t fantastical, he shows us familiar things from new perspectives—the swirling overhead shot when Anna and John are holding hands and getting ready to explore a memory together, for instance.

While we’re on the subject of the film making the audience question what’s real and what isn’t, Taissa Farmiga–the younger sister of Vera Farmiga–is haunting as the title character. Anna’s only a child, but is she trustworthy? Is John himself really as objective as we think? The whole movie shows how permeable the boundaries between fact and memory are— between the truth and what we want to believe.

In short, Anna is creepy and left me unsure of what I had just seen—in a good way. Yes, there are other movies with similar twists, but they haven’t been put together quite like this. 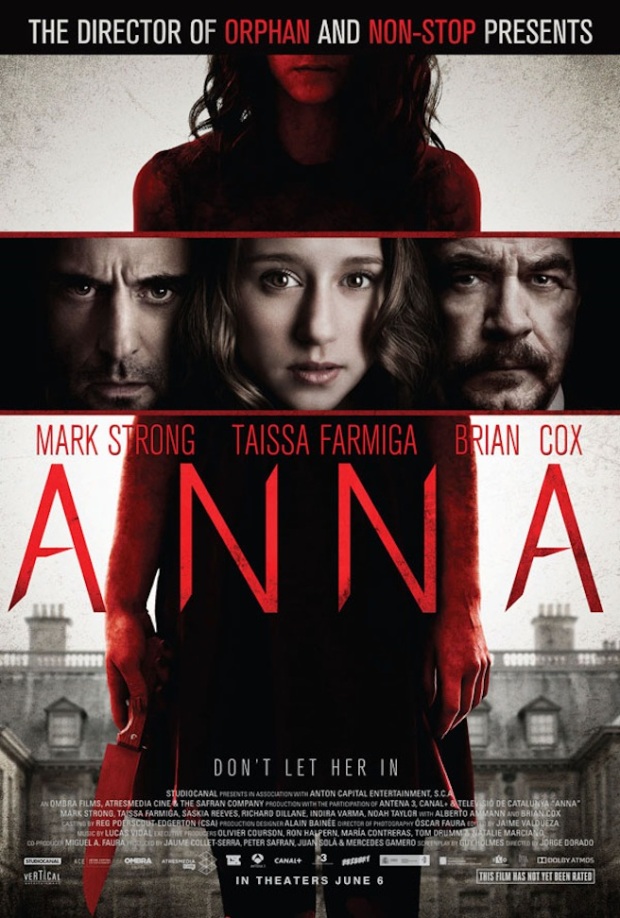