Written by: Andrew Hilbert
Let’s get one thing out in the open. Tusk by Kevin Smith is bizarre. It’s freaky, it’s gross, it’s very funny. For having such a bizarre concept, Tusk is an amazingly well contained and focused story.
Justin Long plays Wallace Bryton, a famous and irreverent podcaster who is so full of himself he can hardly pay attention to his girlfriend’s concerns. Everything is a joke to Wallace. He has no loyalty or morals and is willing to play the jerk in the name of furthering his brand.
Allison, Wallace’s girlfriend played by Genesis Rodriguez, wants the “old” Wallace back – the Wallace that was sweet, caring, and nerdy. Wallace is quick to point out that that Wallace also had no money. Allison begs Wallace not to travel to Canada to make fun of a kid who cut his own limbs off while dancing around with a sword in front of a camera (a la the Star Wars kid). Wallace ignores her and travels anyway, only to find out the kid killed himself the day before. “Couldn’t he have waited until after the interview?!” Wallace yells.
This is the kind of dark humor that provides the foundation for the story. Without giving any of the story away, Wallace happens upon an aging seafarer whose only wish is to share his stories. Wallace meets the man and becomes his prisoner.
Tusk could be written off as a simple and schlocky one-off by Kevin Smith but it is far from simple. The movie is dialogue heavy and is sprinkled with the trademark Kevin Smith humor but a lot of the movie focuses on who we are and what we become through the metaphor of being forced to become a fucking walrus. It sounds ridiculous, I know, but give the movie a chance. There are moments in the film when you cannot help but feel for Wallace as he struggles with something he has no control over.
Perhaps this movie can be summed up in the words of Kurt Vonnegut, “We are what we pretend to be, so we must be careful about what we pretend to be.”
Tusk is very funny. It is not a terrifying horror flick; you won’t be checking under your bed when it’s finished. But it is very bizarre and hilariously disturbing and you should see it. Also, be on the lookout for a special appearance by an actor in bad makeup and a terrible French-Canadian accent. It’s brilliant. 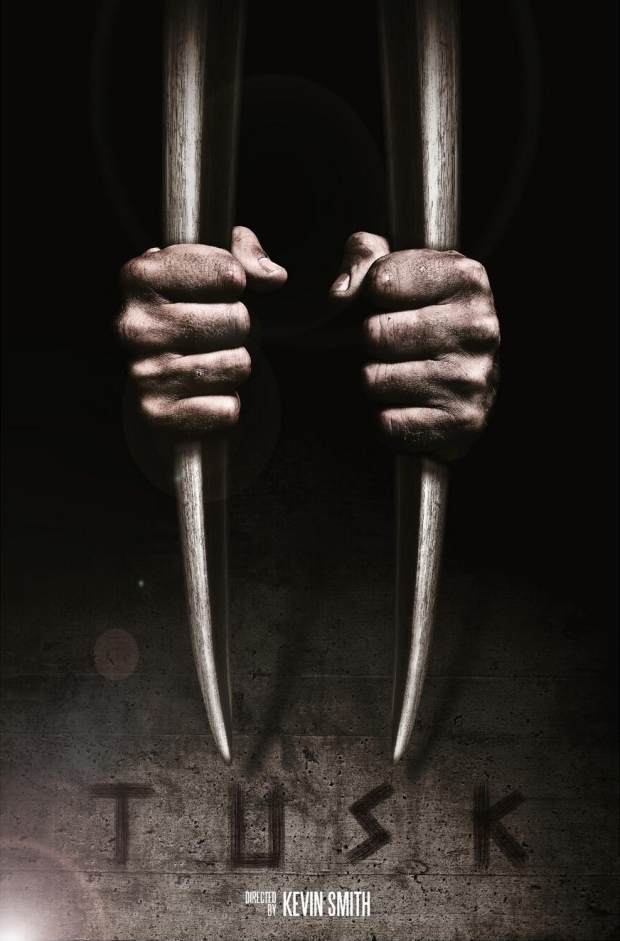