Let’s set the tone right way, right out of the gate so that you might catch an early idea of what the hell this is all about.

“Just ‘cuz your date got crushed by a car doesn’t mean you can smack my ass.”

“Hey, I just saved it. I can smack it whenever I want.”

“I hate it when you make sense.”

That’s just one of many jaw dropping lines will leave your head spinning and your bearings barrelling out of control within your mind.

What the hell does that mean? Is it supposed to be funny, because it certainly got a bewildered chuckle from me.

I’m all for spirited flicks courageous enough to blend different subgenres in the hopes of creating something enlightening. I think that’s what writer/director Steve Wolsh intended to do with Muck, a kind of cannibalism, sort of slasher and little bit supernatural picture. It could have worked with some heavy tweaking, but the production wasn’t afforded the time, budget or infatuation required to iron out the wrinkles. As a result it’s not just a generally off project, it’s a failure on repeat, beginning to end.

A group of 20-somethings run through an unknown rural area (we later learn that this locale is nown as “Wes Craven”), battered and in a few cases seriously injured. They come across an empty farmhouse and make their way inside. Once inside we get a great opportunity to see the true colors of this cliche group and their bland, dismal personalities; every character is nauseating in their tired makeup. The dialogue, which from time to time is meant to project an easily detectable level of humor – falls completely flat with all but a single joke or one-liner leaving any impact. Everyone on screen makes the wrong decision repeatedly and there isn’t a shred of common sense to be detected.

As a group of mysterious, full-body painted strangers with primitive weapons attack the children, pulling them from their temporary safety, a new “mystery” comes to light. These nasty villains seem to be afraid of the nearvy marsh… or whatever lives in that marsh. But that mystery doesn’t just go neglected, it’s practically entirely ignored and never remotely near explained. One by one these utterly unlikable characters are killed off… until two unlikely survivors walk toward the rising sun in a finale that isn’t a finale at all. That part is kind of missing, not that that is a surprise.

Muck is just a miserable film that had a little hope, but got totally buried by poor acting, even worse screenwriting and a few scenes so out of place (at one point a drunken floozy heads for the bar bathroom with her purse. She withdraws five separate matching bra/underwear pairs and tries them on dancing about in the public restroom) you can’t help but insert face into palm and sigh. It just never, for one lone moment, works. Not even the less-than witty nods to a few classic genre films can help this…muck.

It never feels good to be brutally honest with young filmmakers carrying big dreams, but I can’t say anything that isn’t truth here. Muck is a miserable film with no purpose and no reason to exist 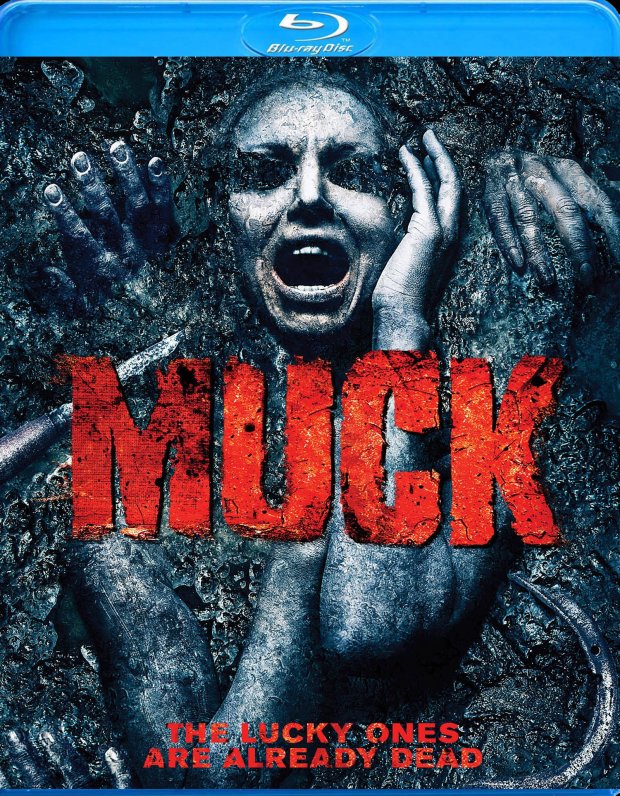