A longtime fan of quality shorts, likely due to an alarmingly short attention span, I’m always on the hunt for a kickass flick I can take in without investing two hours of my time (hey, cut me some slack, I’ve got kids). Ryan Coonan’s Waterborne – which runs at less than a full 10 minutes – provides just the gruesome jolts I love in a time slot that doesn’t steal away from the typical hectic day.

The very breif story brings a doomed ranger – who’s investigating toxins in the local water – and a bold kangaroo together for an unlikely but thrilling showdown. See, this isn’t just a bold kangaroo we’re talking about here, it just so happens to be a zombie kangaroo, or zombieroo if you prefer to truncate things. If you’re thinking this ranger is screwed, you’ve seen enough horror films to know how this turns out.

What’s relevent here isn’t so much the story, as Waterborne is a very condensed piece, but the hook. Can Coonan grab the attention of viewers with his outlandish concept? The goal is to shoot a feature length film – think Zombeavers minus (assuming the same tone is utilized) some of the campy comedy – and if Waterborne can seize the minds of genre fans, leaving them anxious to dive into a thorough narrative that deposits this atypical nemesis directly under the spotlight, there’s no reason to believe this inspired short cannot evolve into an exhilarating feature length film.

Coonan and company (Richard Barcaricchio co-writes alongside Coonan) have a bad ass, unforgiving picture on their hands. Waterborne‘s crisp cinematography, awesome puppet effects and bleak mood offer big entertainment in a small package. Where can these two take the story once it comes time to expand? I’m itching to find out!

You can check out Waterborne free of charge right now over on the official Waterborne site. Trust me, this is a short that’s worth your time! 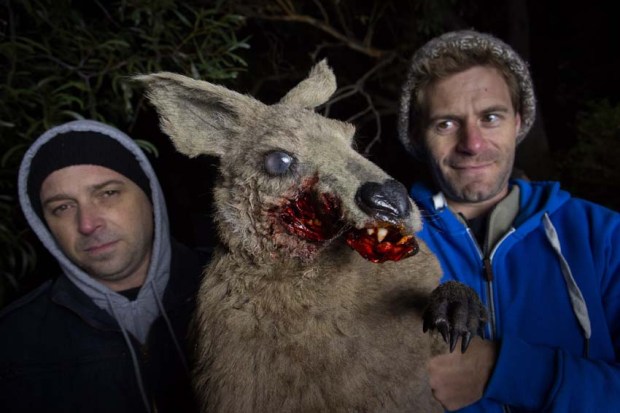