Craig Zobel’s Z for Zachariah, which was picked up by Lionsgate pre-Sundance 2015, has seen a shift in release dates. The feature hits theaters on August 28th rather than of the previously announced August 21st.

The film looks wicked (you can check out the trailer below) and a one-week difference is only going to work to get the anticipation cooking.

Margot Robbie (The Wolf of Wall Street), Chris Pine (Star Trek), and Chiwetel Ejiofor (Children of Men) star. Zobel directs from a script penned by Nissar Modi which itself is based on the Robert C. O’Brien novel.

Synopsis:
In a post-apocalyptic world, a young woman who believes she is the last human on Earth meets a dying scientist searching for survivors. Their relationship becomes tenuous when another survivor appears. As the two men compete for the woman’s affection, their primal urges begin to reveal their true nature. 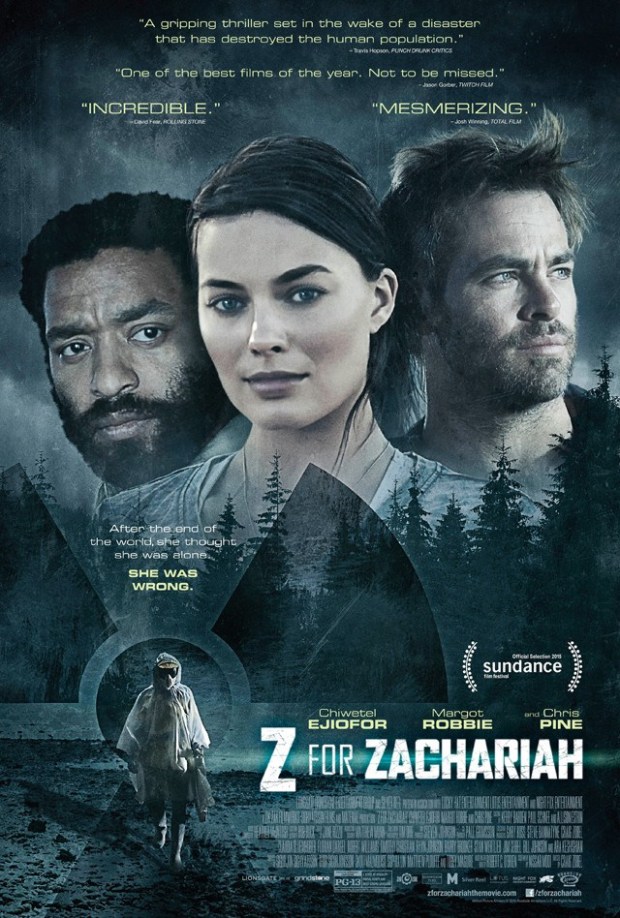