The Nightmare as the title would suggest is a documentary about nightmares, but not the normal kinds of nightmares that everyday folk like you and me go through, no these nightmares are on a whole new level. The Nightmare is made up of several interviews with eight different people from different places in the world suffering from sleep paralysis, we’re also shown several disturbing and sometimes horrifying re-enactments.

The Nightmare‘s greatest strengths lie in its subject matter, sleep paralysis is a very real thing and hearing the various tales from these people is fascinating. That’s also where its biggest flaw lies, we are told and shown the effects of sleep paralysis but that’s it, what the cause is is never explored and I found that incredibly frustrating. Even if all we were given were theories and speculation some exploration into why this happens would have been very welcome, but that aside the tales themselves are fascinating and disturbing.

The re-enactments make up a big chunk of the running time and for the most part they are incredibly well done, and using simple techniques and minimal CGI they do a great job at inflicting an almost unbearable sense of unease. For the most part they are tense, unnerving and scary. The Nightmare‘s other noteworthy downfall comes from its depiction of some of the apparitions shown in one of the subjects tales. They look like cheap Halloween costumes with a television static effect layered over them, they appeared incredibly hokey and every time they were on screen I cringed slightly, which was disappointing as that particular story was one of the best.

Although no solid evidence is given and the stories we are told are never corroborated they are interesting nonetheless… but I can’t deny my scepticism began to sneak up on me when The Nightmare came to a close as one or two of the tales seems just too far beyond the bounds of believability. But then again when it comes to the unknown who am I to say these stories are untrue? We are all sceptics when we sit outside the boundaries of experience.

Rodney Ascher has put together a fascinating documentary exploring a strange and terrifying condition that affects more people than you might realise, The Nightmare is interesting tense and unnerving, Recommended. 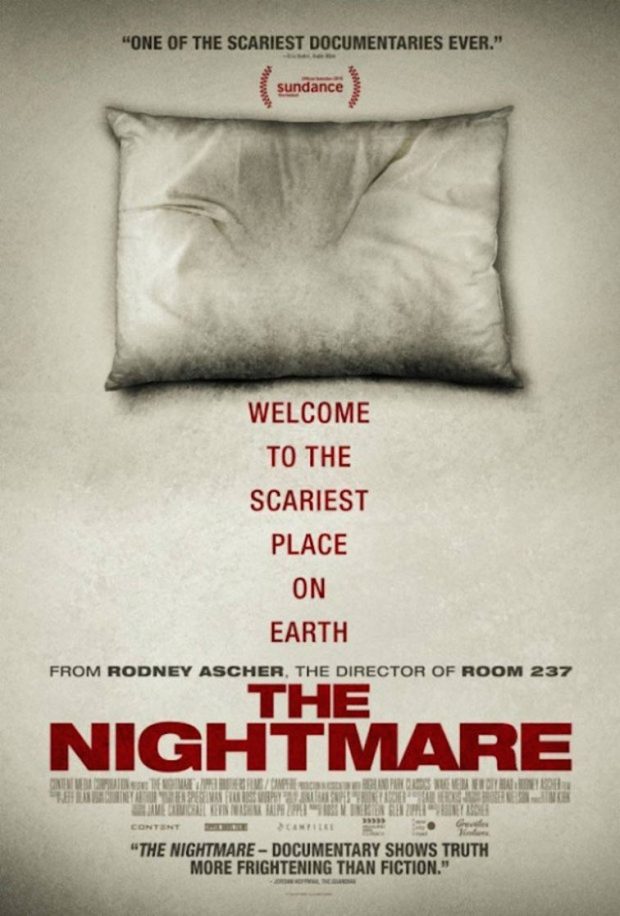