Make no mistake, Miss Meadows is difficult to classify as a horror film. That said, the film successfully blends a myriad of genres. There is indeed a hint of horror in the film, but there’s also some very real romance, a lot of valuable laughs and a dramatic undertone that courses through the picture. It’s about as eclectic a picture as we’ve seen, and I’m happy to say that every minute of the movie is engaging.

Katie Holmes tackles the role of Miss Meadows, a substitue teacher with a big heart, some extremely strange mannerisms and a tendency to murder the scum of the earth. She’s something of an anomaly, but she’s a damn likable character that juggles life, death and love in intriguing fashion. The film is all about her evolution as a human being, falling in love with the local sheriff and ultimately facing a decision: to pursue true passion and walk away from her murderous habits, or to continue on in the violent fashion she’s known for years. At the core, the concept is simple, but writer/director Karen Leigh Hopkins layers the film in complex fashion. It holds our attention, no doubt about it.

Katie Holmes is great. In fact, this may very well be her finest role to date. Miss Meadows demands a wide array of emotions and emotional responses. This is not an easy character to sell to the masses, but Holmes is entirely believable and insanely memorable. As wild as it may sound, this is Oscar material right here. But Holmes isn’t alone in carrying the picture. James Badge Dale, who takes on the role of the sheriff is awesome. He’s damn near as quirky as Holmes, and his affinity for Miss Meadows carries quite the charm. Callan Mulvey also commands note, as his depiction of a local convict with nasty intentions is absolutely chilling. This guy is good, plain and simple.

Miss Meadows is a wild and wacky good time, stuffed full of comedic gold and shocking murder scenes. The onscreen performances are stellar and the emphasis placed on the key characters is top notch. Miss Meadows’ vigilante ways are supportable, some might even say commendable, and the confidence with which she carries herself is something special to see. Miss Meadows won’t overwhelm you with eye-popping action sequences or graphic gore. Despite the crux of the conflict it’s not an overtly grim production, either. But it is fun, and Holmes does shine like a beacon of light on the foggiest night of the year. To miss Miss Meadows is to make a serious mistake. 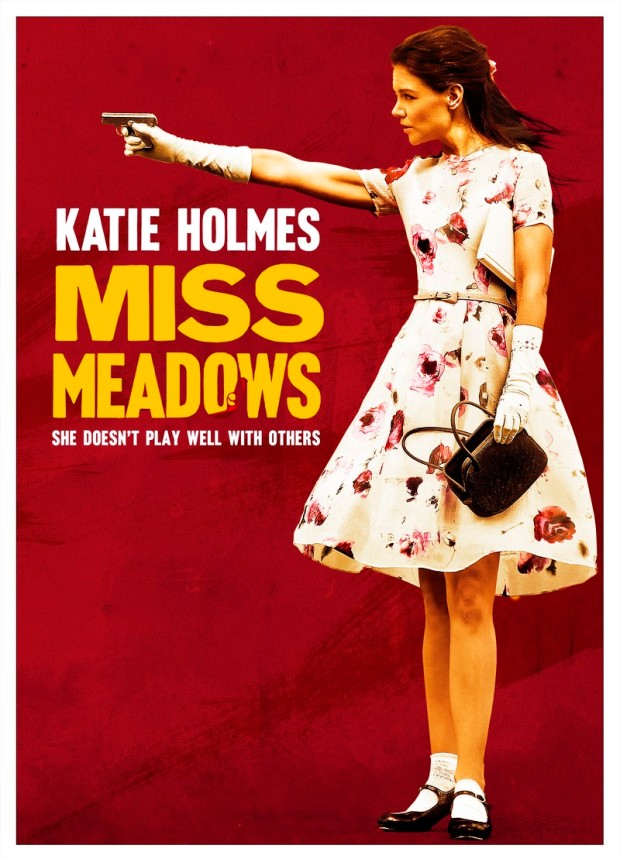