For those on a constant mission to beef up their Blu-ray collection, July is a Godsend. This month we’re seeing a truly eclectic mix of films hit BD, including a number of classic films, a number of franchise films, a few brand spankin’ new releases and even a few treasures that you’ve more than likely forgotten over time.

Well, we’re going to keep you up to speed every month, so if you can’t live without adding a number of Blu-rays to your collection – be them great pictures or so bad they’re great pictures – you need to be tuning into our monthly guides.

We want you to spend your money on greatness, and this July delivers greatness in spades!

Stunt motorcyclist Johnny Blaze gives up his soul to become a hellblazing vigilante, to fight against power hungry Blackheart, the son of the devil himself./ A demon, raised from infancy after being conjured by and rescued from the Nazis, grows up to become a defender against the forces of darkness.

At a party, someone goes insane and murders three women. Falsely accused of the brutal killings, Jerry is on the run. More bizarre killings continue with alarming frequency all over town. Trying to clear his name, Jerry discovers the shocking truth…people are losing their hair and turning into violent psychopaths and the connection may be some LSD all the murderers took a decade before. 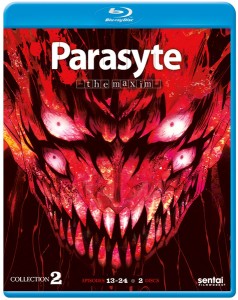 The 17-year-old Izumi Shinichi lives with his mother and father in a quiet neighborhood in Tokyo. One night, worm-like aliens called Parasytes invade Earth, taking over the brains of human hosts by entering through their ears or noses. One Parasyte attempts to crawl into Shinichi’s ear while he sleeps, but fails since he is wearing headphones, and enters his body by burrowing into his arm instead, taking over his right hand and is named Migi. Because Shinichi was able to prevent Migi from traveling further up into his brain, both beings retain their separate intellect and personality. As the duo encounter other Parasytes, they capitalize on their strange situation and gradually form a strong bond, working together to survive. This gives them an edge in battling other Parasytes, who frequently attack the pair upon realization that Shinichi’s human brain is still intact. Shinichi feels compelled to fight other Parasytes, who devour humans as food, while enlisting Migi’s help.

At a Catholic public school, Benjamin Stanfield is tired of being the teacher’s pet and decides to play a practical joke on his form master Father Goddard. In confession, Stanfield tells Goddard that he has accidentally murdered his friend Blakey and buried him in the forest. When Goddard investigates the matter, he finds a buried scarecrow. Goddard is outraged, but, due to the seal of confession, he knows he cannot expel Stanfield. Shortly after, Stanfield once again enters the confession booth, telling Goddard that what before was a practical joke, he has now made happen. In disbelief, Goddard once again goes to the forest to investigate the matter. This time, he discovers Blakey’s dead body. The plot soon thickens as Stanfield’s fellow student Arthur Dyson mysteriously disappears… 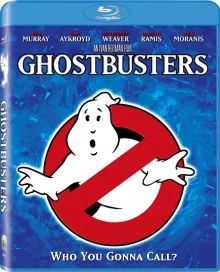 Three odd-ball scientists get kicked out of their cushy positions at a university in New York City where they studied the occult. They decide to set up shop in an old firehouse and become Ghostbusters, trapping pesky ghosts, spirits, haunts, and poltergeists for money. They wise-crack their way through the city, and stumble upon a gateway to another dimension, one which will release untold evil upon the city. The Ghostbusters are called on to save the Big Apple.

Five years after the events of the first film, the Ghostbusters have been plagued by lawsuits and court orders, and their once-lucrative business is bankrupt. However, when Dana begins to have ghost problems again, the boys come out of retirement only to be promptly arrested. The Ghostbusters discover that New York is once again headed for supernatural doom, with a river of ectoplasmic slime bubbling beneath the city and an ancient sorcerer attempting to possess Dana’s baby and be born anew. Can the Ghostbusters quell the negative emotions feeding the otherworldly threat and stop the world from being slimed?

Working for O.S.I., the Office of Scientific Investigation, A-Man agent Jeffrey Stewart and his partner Dan Forbes are sent to a local hardware store where they find a strong magnetic field has magnetized every metal item in the store. Investigating further, they eventually trace the source of the magnetism to an airborn flight carrying scientist Howard Denker, now dying of radiation poisoning, who has carted on board with him a new radioactive element which he has bombarded with alpha particles for 200 hours. The element, dubbed ‘serranium’ grows geometrically by creating matter out of energy which it absorbs from metallic objects surrounding it. Stewart calculates that if the substance is not destroyed soon that within 24 hours or so it will have grown large enough to throw Earth out of its orbit.

A farmer and his family must fight for survival after a ferocious pack of wild dogs infiltrates their isolated farmhouse. Through a series of frightening and bloody encounters they are forced into survival mode to make it through the night. 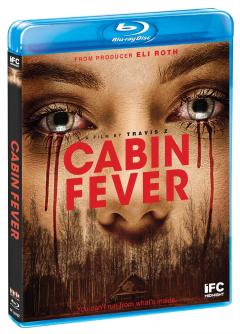 Five friends are terrorized at their getaway cabin. 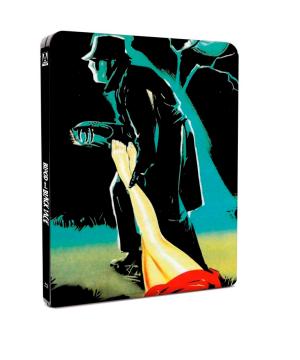 Isabella, a young model is murdered by a mysterious masked figure at a boarding house run by Max Morlacchi and his lover Countess Cristiana Como. When Isabella’s boyfriend is suspected of the killing, her diary, which apparently has some incriminating evidence linking her to the killer, dissapears, the masked killer begins killing off all the models in and around the house to find the diary.