The Jon Knautz (Jack Brooks: Monster Slayer, The Shrine, Girl House) fans of the world now have reason to celebrate, as the talented filmmaker’s latest feature, Goddess of Love has finally been picked up for distribution. Terror Films will roll the long anticipated pic out on all major digital, EST and VOD platforms come fall. Raven Banner Releasing, in partnership with Terror Films will handle Canadian distribution.

Knautz made his opinion on the acquisition known, stating “I’m glad to have found the proper home for Goddess of Love with Terror Films and I’m excited to unleash it this fall.”

We’re glad as well, Jon! Goddess of Love was an official selection at Film4 FrightFest, in London and the Sitges International Fantastic Film Festival.

Early word is extremely positive, so keep those eyes peeled as the fall rolls around. This is one to add to the home collection!

Check out the trailer below.

Synopsis: In the film, Venus (Alexis Kendra), a lonely, eccentric woman, meets Brian (Woody Naismith), the man of her dreams. A sexually fueled, passionate relationship begins. But, as time progresses, that wonderful honeymoon-phase changes into something hellish. Brian breaks things off when his old fling, Christine (Elizabeth Sandy) comes back into his life. Completely destroyed, Venus begins a downward spiral into madness as she acts out her twisted fantasies of love and revenge. 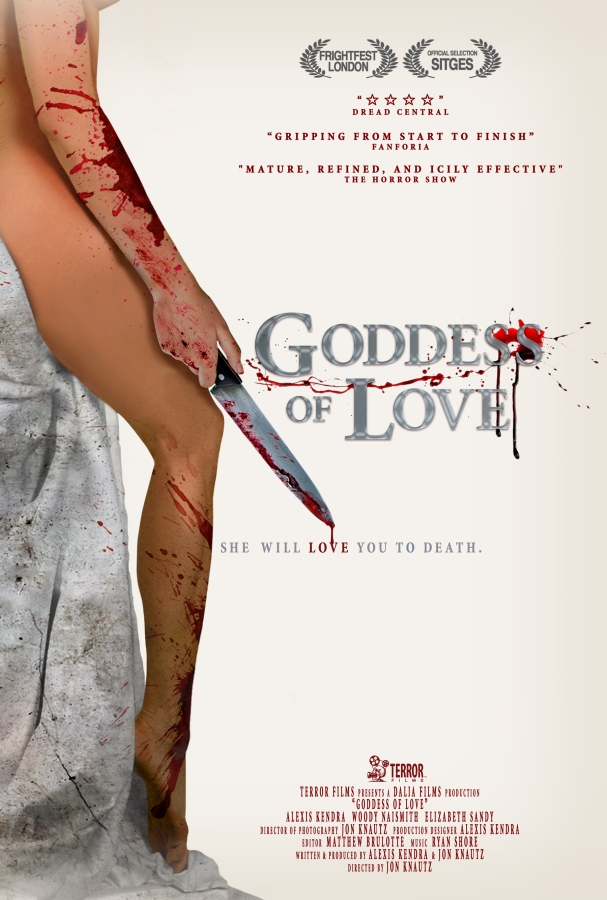