Jackie Kong gave us a true 80s cult classic when the sleeper hit Blood Diner made its way to the horror community in 1987. In the decades to follow the flick has maintained a strong fan base. That strong fan base is going to be overjoyed by the forthcoming Blu-ray release of the movie!

Look for the Blu-ray to hit shelves on September 27th.

Synopsis: Two cannibals/health food diner owners are on a wacky quest to restore life to the five million year old goddess Shitaar. Aided by their uncle’s brain and penis, the two set about getting the required parts – virgins, assorted body parts from whores, and the ingredients for a “blood buffet”. Their adversaries are the police: the chief with a Russian accent, the “player” detective, and the new Yorker with an Australian accent. 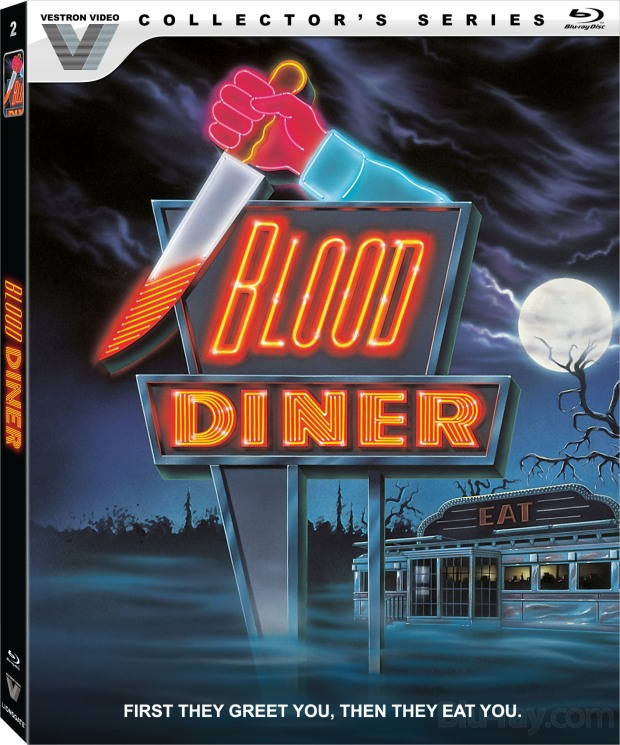