The Tribe is oozing promise, and given Terror Films and they’re strong lineup of flicks, there’s reason to believe this flick could be a certified homerun! Below we’ve got a look at a trailer, a clip and a brand new poster for the film. You’d be wise to look into this one, beginning right here!

You can check out the flick’s official trailer directly below.

Here’s a little 411 from the official press release:

Last week Terror Films announced they would be releasing The Tribe across multiple digital platforms this Friday, February 10th. With only 2 days left for the film’s U.S. debut, the genre distributor has released the official poster, trailer and another exclusive clip for fans titled, “Sisters Divided!”

The company will work on expanding the release in the coming months on platforms such as Netflix, Amazon Prime, Hulu, Cable VOD and DVD. Those dates will be announced once they have secured placement.

Now get a look at that clip.

Synopsis: The film centers on a family of three young sisters played by Jessica Rothe (Mary + Jane, La La Land), Anne Winters (Tyrant), and Chloe Beth Jones. They live out their days after a pandemic has consumed most of the known world. One day a stranger, played by Michael Nardelli (The Collection, Revenge) suddenly shows up and their world changes in ways they never could have imagined. 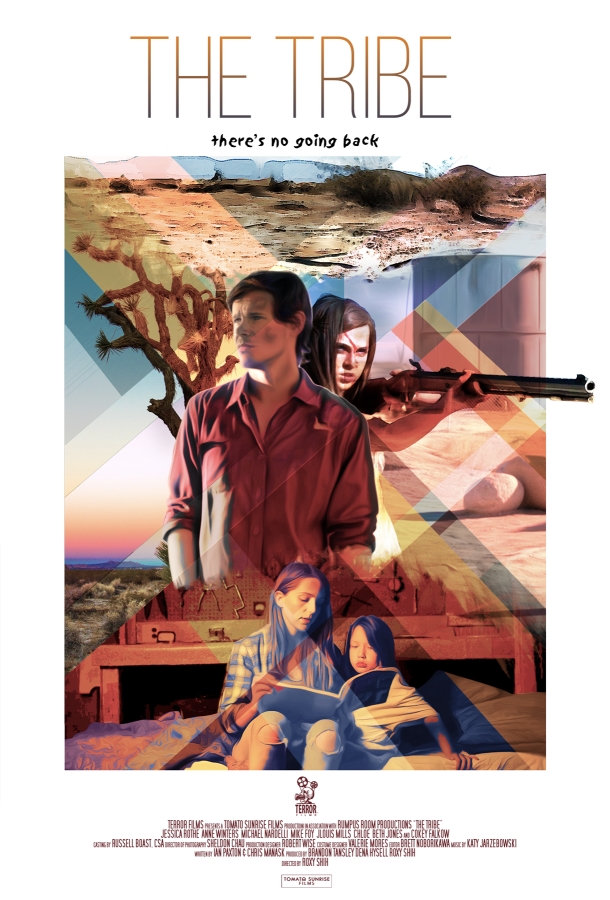