Get ready for more fear from the female side.

February is Women in Horror Month, and we at Addicted to Horror Movies want to salute the badass women behind the camera who are responsible for chilling our blood and giving shape to the the monsters under our beds.

Make sure to check out the first half of the list, published last week! 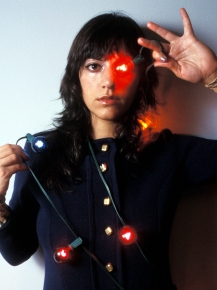 This director’s debut feature film, A Girl Walks Home Alone at Night, was praised by critics and fans alike. Directed and written by Amirpour, the self-described “Iranian Vampire Spaghetti Western” follows the developing relationship between a young man and a lonely vampire.

If there is one thing I know for sure, it’s that I’m always a bigger fan of vampire films if they are set somewhere other than the U.S. I’m not exactly sure why, but I don’t think that American culture lends itself to the lore very well (Interview With a Vampire being the exception that proves the rule, in my opinion). In any case, this film captures the vampire mythos in a quite, methodical way that is surprisingly satisfying.

Amirpour has an eye for composition, and every sequence is filled with a meaning that bubbles at the edges of your consciousness, like suddenly remembering an image from a dream, but not quite the intent or narrative.

Also, the soundtrack is one of my favorites in the past decade. 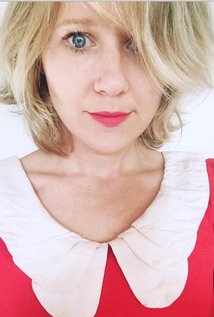 Have you ever wondered if the people working in your favorite genres are actually fans? Look no further than Roxanne Benjamin, cause she’s the real deal. She produced VHS, VHS 2, Southbound (for which she also directed), and she will be directing and producing a segment of the all-female directed horror anthology XX, which comes to theaters February 17, 2017.

Benjamin is the kind of director this world needs right now. She thinks outside the box and she’s not afraid to take (or let her directors take) risks. Although the popular VHS series looks like a no-brainer in hindsight, at the time there was skepticism around what another found footage film could bring to the table. Even so, Benjamin lead her team into analog world and proved the skeptics wrong.

I can’t wait for the opening of her next endeavor, XX, which also features pieces directed by Karyn Kusama, Jovanka Vuckovic, and Annie Clark (a.k.a St. Vincent). Nothing has been revealed yet, but judging from the trailer, Benjamin’s contribution, “Don’t Fall,” is going to be terrifying.

There’s no two ways about it, Jackie Kong is b-movie royalty. From the early 80s monster movie The Being to the beyond over-the-top horror comedy of Blood Diner, Kong always delivers the type of schlock that keeps you glued to your seat.

It takes confidence to be a director in any genre, but I have to tip my hat to Kong. She has a zany, don’t-give-a-fuck style that lends itself perfectly to the b-film sub genre. If you need an example, look no further than the scene in Blood Diner where a large-breasted blonde’s head is dunked in fry oil, turning it into a giant fried dough ball.

Although her directing resume fairly short, every one of her cinematic contributions is worthwhile. 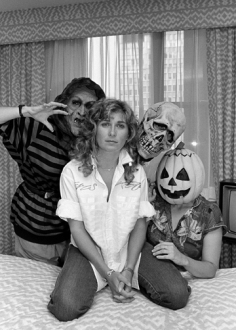 At the risk of being accused of cheating, I had to reserve a place on the list for the late, great Debra Hill. Although her only directing credits are for two episodes of 90s TV shows, Hill was a legendary producer best known for John Carpenter’s genre-defining Halloween.

More than just a successful producer, Hill was an actual fan of the horror genre. Although she worked in many genres, her resume is filled with horror films from The Fog to The Dead Zone and back to The Fog (remake) again. I’m sure the volume of horror she produced can be attributed in part to her stellar reputation in the genre, it’s pretty clear that Hill loved to give an audience a good scare.

Modern horror film would not be what it is without Hill’s passionate and skilled work in the film industry, so even though she rarely directed herself, I am proud to place her near the top of this list. 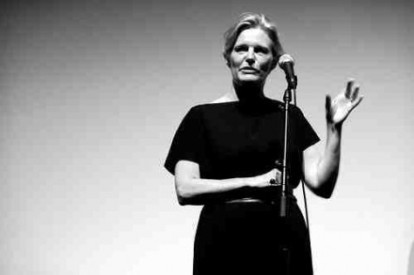 If you look at Mary Harron’s work history, you wouldn’t find much in the way of horror. Instead, you see a director who isn’t afraid of challenging her audience with violence, discomfort, and unsavory themes regardless of genre.

This comfortability with the dark side of humanity is what made her the perfect director to tackle American Psycho. While other directors might shy away from the stark and unsettling subject matter, Harron dove in head-first without giving the audience a character or storyline on which to hang their hopes. In this way, she was following the source material, as author Bret Easton Ellis original novel was equally as bleak.

Though Ellis has publicly stated that he thinks the film missed the mark, audiences seem to disagree. American Psycho is by all standards a classic in horror cinema, and one that will be discussed, drawn from, and dissected for decades to come.

What do you think? Is there a director that should have made the list? Let me know in the comments below, or if you have a suggestion on more Women in Horror content you’d like to see this month, let us know!