Let’s end this month with a scream.

I’ve been compiling lists of the top scream queens from the past few decades, and now it’s time to end Women in Horror Month with a bang. If you don’t see your favorite females in this list, make sure to check out the lists coming in the next few days, as many of these actresses worked over multiple decades.

You might be more familiar with her work as Lois Lane in the Superman films in the 70s and 80s, but Margot Kidder has made her mark on the horror genre. She has the esteemed honor of being among the cast of the first slasher film, Black Christmas, and gets a death scene with one of the more unique weapons out there.

Right before the close of the decade, Kidder played Kathy Lutz in the film adaptation of the infamous Jay Anson “nonfiction” novel, The Amityville Horror. This classic ghost tale is a perennial favorite, but it’s the 1979 original that has had the most lasting impression, thanks, in part, to Kidder’s fantastic performance. 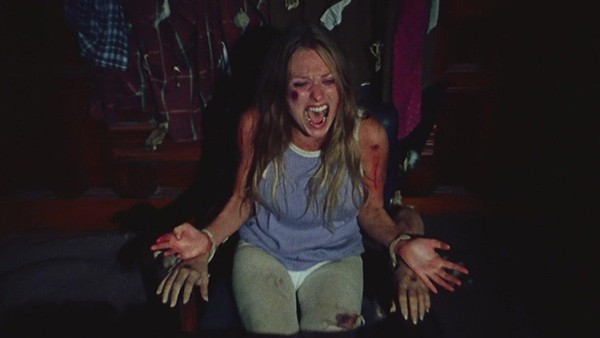 If you think filming in 100+ degree heat, in the middle of summer, in nowhere Texas, while covered in fake blood and chicken bones sounds like a terrible time, then you have to take your hat off to Marilyn Burns.

The young actress’ work on The Texas Chainsaw Massacre is some of the most iconic in horror cinema history. So much so, that the shot of Burns screaming while tied to the body part chair is frequently added to cinema montages as a representation of the genre and the decade. 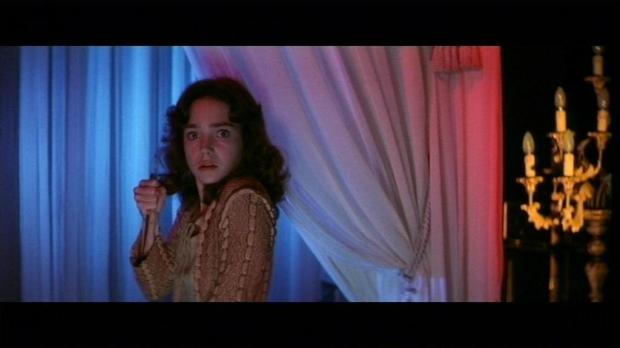 Best known for her starring role in the Dario Argento film Suspiria, Jessica Harper is the kind of open-hearted actress perfect for horror films. Through her wide-eyed performance, the audience is treated to a front-row seat to terror.

If you like her work in Suspiria, you should make sure you see her in Brian De Palma’s comedy/fantasy/horror/camp/musical, Phantom of the Paradise, where Harper plays a character heavily inspired by Christine in The Phantom of the Opera. 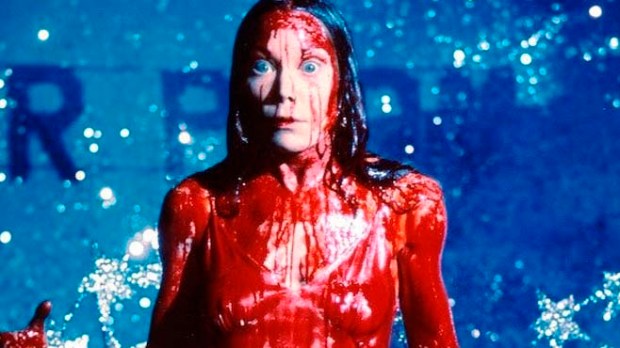 OK! Now we dive into the interwoven world of late 70s film.

The greatest thing about Sissy Spacek is that she knew that she should be in Carrie even before De Palma. If the story is to be believed, she had to ask De Palma to give her an audition, and he was reluctant to give it to her. It all worked out in the end, and legend has it that De Palma said that in hindsight the decision was obvious.

There are a lot of great actresses on this list, but, for me, Spacek’s performance in Carrie takes the cake. From the opening scene to the final shock, there’s not a moment when you doubt her character. Spacek exudes innocence, hope, and love with the commitment of a child, making Carrie’s fate even more tragic. 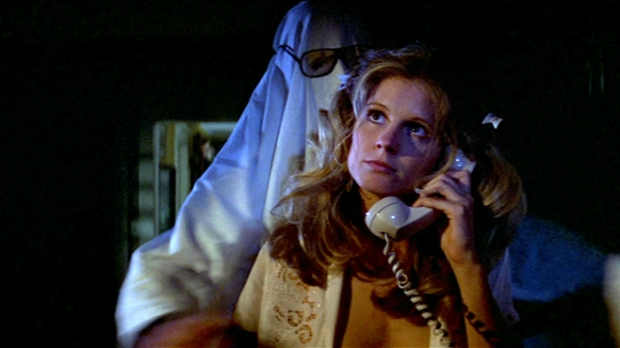 They should rename“six degrees of Kevin Bacon” to “six degrees of P. J. Soles.” Soles impressive resume includes films with the likes of Bill Murray, Woody Harrelson, and Sid Haig, but of all her work spanning every film genre, she will always be remembered for her work as a scream queen.

From her memorable performance as Norma in Carrie to her totally brilliant turn as the totally babely Lynda in John Carpenter’s Halloween, Soles embodiment of the self-possessed, slightly naughty, teenager was so strong that it has become a staple of modern horror films.

Although I could have chosen just about any decade for Jamie Lee Curtis, I decided to place her in the 70s to mark the beginning of her long career in the horror genre.

In a way, Curtis was born into the scream queen world. Her mother, Janet Leigh, is responsibly for the iconic performance of Marion Crane in Alfred Hitchcock’s 1960 masterpiece, Psycho. Even so, Curtis forged her own path when she was cast in John Carpenter’s Halloween.

From that humble beginning, Curtis has become almost the prototype for the scream queen actress. She’s performed in many excellent horror films, including The Fog, Road Games, and even returned to the Halloween franchise multiple times to reprise the role of Laurie Strode.

It doesn’t get more badass than this. In fact, the title “scream queen” barely makes sense in the context of Sigourney Weaver, and that’s exactly why she’s topping the list.

As Ellen Ripley in Ridley Scott’s Alien, Weaver is the embodiment of a feminist horror icon. She is a capable, intelligent officer that’s treated like an equal by both the other characters and the camera. She has flaws and fears and she makes mistakes just like anyone else, but they are tempered by her extreme will to live, which carries her through to the final frame.

And she likes cats. What else could you ever want?

What do you think of our list? Are there 70s scream queens we forgot? Check back tomorrow for the Top 8 Scream Queens of the 80s.