Gregory Lamberson is a man of many talents. Not only is he an excellent author, he’s also a damn fine filmmaker, pumping out some of the most entertaining exploitation flicks to hit the market years. Fresh off a successful debut of Killer Rack, Lamberson is back with Johnny Gruesome, and it looks and sounds awesome. Right now we’ve got a new poster you can check out while you wait patiently for the trailer and eventual arrival of the flick in its entirety.

Get a look at that poster below the synopsis.

Johnny Gruesome is the story of a murdered high school student, Johnny Grissom, who returns from the grave for revenge in classic E.C. Comics’ fashion. 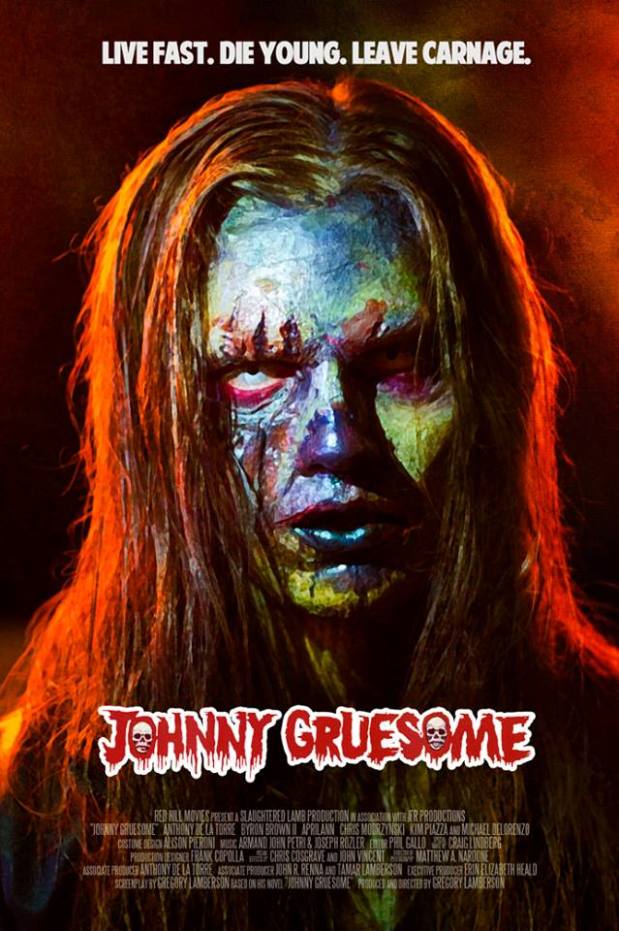