There are a few keepers coming our way this month thanks to the awesome folks over at Shout! Factory. And I could spend all day praising the company, but I’d prefer to skip my babble and jump right into the genre flicks being released this March!

Fin (Evan Bendall), a lone teen from a broken family, gets caught up in the wrong crowd of delinquent kids in this chilling horror film filled with white-knuckle suspense. When Fin and his friend, Joel (Rory Coltart) act up in class, their English teacher (Robert Hands, Stonehearst Asylum) decides to teach them a lesson they will never forget.

No word on Bonus Supplements. 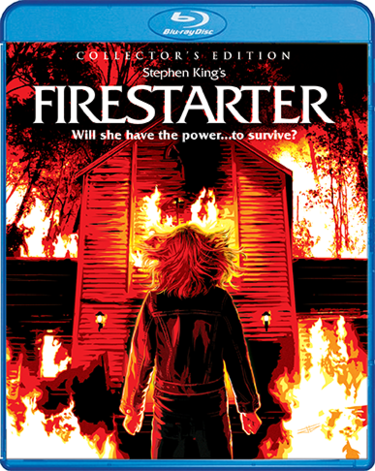 She has the power to set objects afire with just one glance!

Firestarter, based on the unforgettable best-seller by esteemed horror author Stephen King, chronicles the extraordinary life of Charlene “Charlie” McGee. Eight-year-old Drew Barrymore stars as the child who has the amazing ability to start fires with just a glance. Can her psychic power and the love of her father save her from the threatening government agency, “The Shop,” which wants to control her… or destroy her? 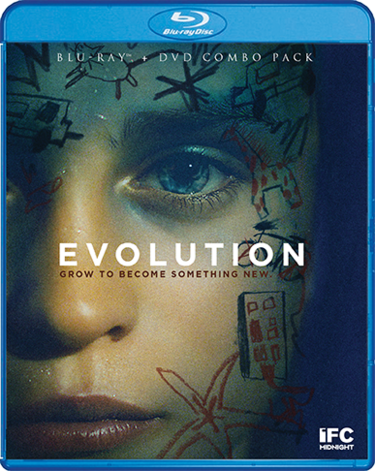 This eerily seductive mind-bender is a dark, dreamlike descent into the depths of the unknown. Ten-year-old Nicolas (Max Brebant) lives in a remote seaside village populated only by boys his age and adult women. But when he makes a disturbing discovery beneath the ocean waves—a dead boy with a red starfish on his stomach—Nicolas begins to question everything about his existence. What are the half-remembered images he recalls, as if from another life? If the woman he lives with is not his mother, then who is she? And what awaits the boys when they are all suddenly confined to a hospital? The long-awaited new film from the acclaimed director of Innocence is awash in the haunting, otherworldly images of a nightmare.

No word on Bonus Supplements.

RoboCop returns to fight his toughest opponent yet: his replacement!

RoboCop 2 pits two unstoppable cyborgs against each other in a battle to the death! When Detroit’s descent into chaos is further compounded by a police department strike and a new designer drug called “Nuke,” only RoboCop can stop the mayhem. But in his way are an evil corporation that profits from Motor City crime and a bigger and tougher cyborg with a deadly directive: Take out RoboCop. Containing the latest gadgetry and weaponry as well as the mind of the madman who designed “Nuke,” this new cyborg isn’t just more sophisticated than his predecessor… he’s psychotic and out of control! And it’s going to take everything RoboCop has – maybe even his life – to save Detroit from complete and utter anarchy.

He’s Back… To Lay Down the Law!

It’s Megacop vs. Megacorp when Detroit’s cyborg crime-fighter hits the streets to protect the innocent – this time from corporate greed!

When the ruthless corporation that runs Motor City begins kicking families out of their homes to clear space for a profitable new real estate project, RoboCop (Robert John Burke, 2 Guns, Limitless) joins with a renegade band of freedom fighters to save them. But RoboCop must face some deadly foes, including a lethally efficient android and a dangerous gang of thugs. RoboCop’s latest arsenal of high-tech weaponry only somewhat evens the battlefield, as this lone superhero takes on the entire army of corporate militia in an all-out war to control Detroit!

Riffer extraordinaire Mike Nelson hosts all four episodes in this 38th collection of episodes from the beloved comedy series Mystery Science Theater 3000, but the true theme here is diversity. Proving to the world that no single genre is immune to cheez, and that our hilarious heroes aboard the Satellite of Love are equal opportunity critics, we present the worst in Cold War drama, Sword and Sandals, Juvenile Delinquents and Monsters. Any investment portfolio manager who advises that diversifying risk is good way to minimize damage clearly hasn’t watched enough MST3K. Behold an incredible melting pot of cinema’s multicultural genres, and you will understand that in the world of cheezy movies, there is nowhere to hide.

Colossus And The Headhunters

Track Of The Moon Beast

Plus, the first 1,500 orders from ShoutFactory.com will receive an exclusive bonus disc, which will contain:

In the long tradition of show-stopping musical numbers, few have achieved as much as Mystery Science Theater 3000 has. From the golden age rock ‘n’ roll classic “Where Oh Werewolf” to the seasonal staple”A Patrick Swayze Christmas,” Joel, Mike, Crow and Tom Servo have proven as formidable a musical force as many of the most esteemed all-human composing teams.

Now, after years of out-of-print obscurity, the Play MSTie For Me Triple Decker DVD gathers 39 of the finest MST3K musical moments into one eminently singable package sure to bring joy to the Mystery Science Theater 3000 melodic connoisseur.

Sing with Gamera. Profess your undying love for Kim Cattrall. Abandon all sense of proportion while skewering Canada. Above all, clear a small space on your shelf for this disc and enjoy watching the Satellite of Love crew sing — and laugh — their pain away.

What’s The Matter With Helen?

Debbie Reynolds and Shelley Winters star in this stylish shocker set in 1930s Hollywood about two women who come to Tinseltown to start an idyllic new life and end up in a terrifying nightmare. Directed by Curtis Harrington (Queen Of Blood, Games), this relentlessly frightening film also stars Dennis Weaver (McCloud), Agnes Moorehead (Bewitched, Dear Dead Delilah) and Yvette Vickers (Attack of the Giant Leeches, Attack of the 50ft Woman).