An eclectic group of creative minds have come together to offer up what sounds like an unsettling little flick. We may not have heard much of Justice Served, but it’s headed our way next month, and it’s got a cast and a concept that have my attention!

You can check out the poster below. 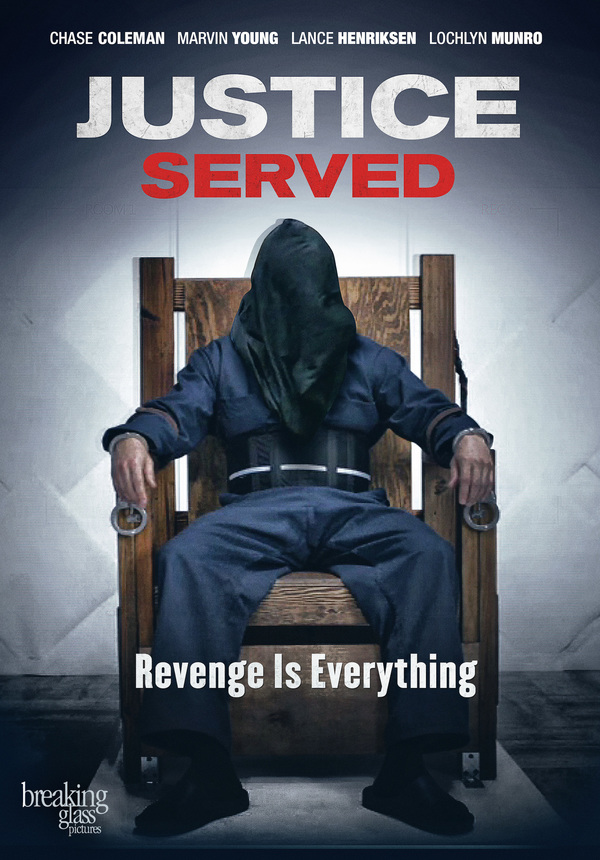 Luke Palmer, a Los Angeles widower, has been in therapy for a year since his wife’s accused killer was found Not Guilty at trial. In an attempt to get away from his anguish, Luke takes a trip to Scottsdale for a three-day vacation, but is kidnapped and awakens to find himself in a room with a recording device…and an electrified restraining chair.

The next thing Luke knows, a hooded man is dragged into the room and secured in the chair. The hood is removed to reveal Galen Terry, the man acquitted for Luke’s wife’s murder. An ominous voice comes over a loudspeaker and says “My name is Justice. You are here to retry the case of California vs. Terry for the murder of your wife… The defendant’s chair is electrified. The electricity is controlled by the red button. Feel free to use it.”

Luke is one of three individuals whose loved ones were victims of crimes, and the accused perpetrator was inexplicably exonerated. Now, these individuals will be given a second chance to re-litigate the crime in a private setting, under the auspices of “Justice”.