Way back in 1983 Sidney J. Furie’s flick, The Entity was released to generally warm reception. There’s good reason for that, as the film is deeply unsettling, frequently thrusting Barbara Hershey’s character, Carla Moran into situations in which she’s sexually assaulted by an unseen force.

The movie was terrifying, and Hershey’s performance in the movie is nothing short of breath-taking. There may be a solid reason for Hershey’s conviction in front of the camera: The Entity was based on a very real case.

The Doris Bither Case, or The Entity Hauntings, as the case became better known as, occurred in 1974 when Doris Bither was tormented in her Culver City, California home. A terrified Bither claimed that the ghosts of three Asian men were raping her (brought to life in horrifying realism by Hershey in Furie’s paralyzing film) on a repeated basis.

Eventually, Bither reached out to paranormal investigators Barry Taff and Kerry Gaynor, who visited the Bither house to perform an investigation on August 22nd, 1974. Bither recounted the attacks she’d been subjected to; however, outside of some orbs captured on film by Taff, no concrete evidence was unearthed to support Bither’s claims. Rather, what was discovered was Bither’s dark, tumultuous past.

Her relationship with her children was strained. Their home was in shambles. Bither herself lived a challenging life, plagued by substance abuse and abusive relationships.

In the years to follow the Doris Bither Case, supposed paranormal activity gradually decreased, leading some to believe the entire incident was little more than the product of an overactive imagination. Will we ever know the truth of the Doris Bither case?

No, we likely will never receive the answers we seek, as Doris Bither passed away in 1999, any remaining stories in her mind lost to mortality.

However, having said that, there are some interesting photographs (that certainly suggest that this paranormal activity was indeed genuine) centered on this very case. A few of those images are rather compelling. We’ve got some shots attached below! 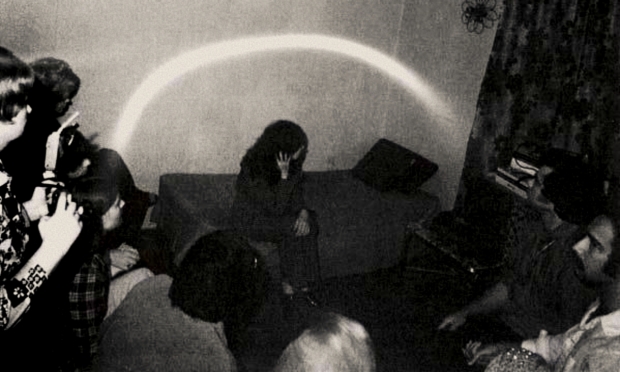 And here’s the trailer for The Entity, which earns a big recommendation from us!

1 Comment on Did You Know ‘The Entity’ is Based on Real Events?