We’re looking at another cool kickstarter campaign that looks to be worth getting behind! Weird Folk: A Suburban Horror Comedy looks and sounds awfully promising. And with a target goal of $47,000, meeting that figure doesn’t seem too outrageous an idea.

Here’s a little more 411 on the kickstarter campaign:

Weird Folk is told in 4 chapters: A teen makes a terrifying discovery on the dark web, a clown stalks a neighborhood, a chiropractor goes through his worst nightmare, and a couple finds themselves in the crosshairs of a killer.

The story is centered on teen Howie Oden who finds out there’s a hit on his step-dad on the dark web. When Howie scours the neighborhood for him, he encounters scary clowns, bullies, strange visitors, and dead bodies.

Although Weird Folk takes place on election night 2016, it’s not solely about the election and the hysteria associated with it. It’s about the horror that humans can inflict on one another. It is about the ugly monster inside us all. We show all sides of the political spectrum and do not skew in any one direction. More importantly, this story is extremely entertaining and will give you some laughs and some chills. Election 2016 was an anomaly and the events that take place in this movie are as well.

Tell me you don’t want to support this flick and I’ll tell you come on! It’s even got Nick Turturro in it! 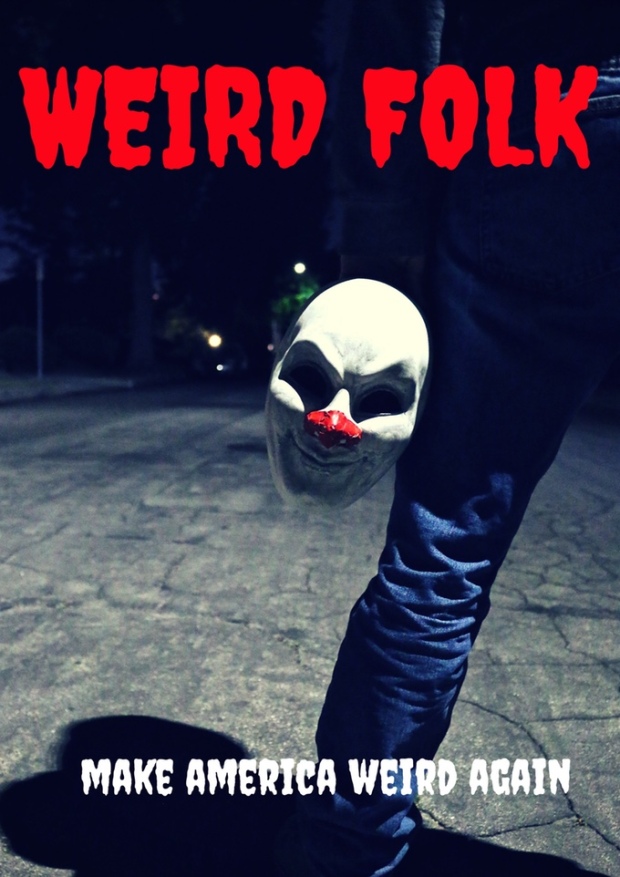