French-Canadian period piece, based on true events. It’s 1944, and German scientist Emil has discovered how to make a uranium bomb before the US. He’s taking off rather than share the information with the Nazis he works for. Meanwhile, French ally spy Simone, despite her tangled past with Emil, is on a mission to find out how much he knows and to kill him if he knows too much. Further meanwhile, the Nazis know something is up with Emil and are looking for him too. Everything comes to a head when they all get on a train.

As can be guessed from the synopsis, it’s not really a horror movie. But it’s a suspenseful thriller with plenty of human monsters. Plus there’s a leg being amputated, messily, within the first ten minutes if you really gotta have some gore.

Its look is based heavily on ’40s film noir. It’s dark and shadowy and most of it is in black and white. The opening even uses an iris in shot and at times the film looks scratched up like an old newsreel.  Simone is your basic femme fatale, except she has an amazing set of scruples and out-balls Emil at every turn. Not that Emil is a slouch; he’s ready to die to redeem himself. There’s a small cast, and all of the performances are excellent.

Science is used as a motif throughout. Early on the theory of Schrodinger’s cat is discussed, and the idea of two events happening simultaneously in two parallel worlds is explored. At times there is a split screen or a second event superimposed over the first one to show what could have happened. (Which is not nearly as pretentious as it sounds.) Simone and Emil have a lively debate about free will and choice versus destiny. 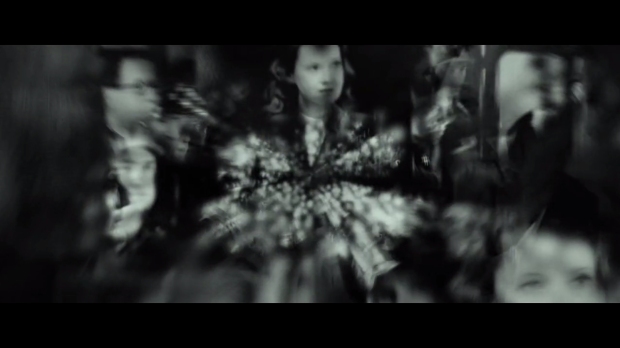 A lot of this kind of stuff

It’s a cerebral and artsy movie, but it’s also fast-paced and compelling. Check it out if you’re in the mood for Casablanca without the racism but with more explosions and torture.