Aaron is a widowed single father doing his best to raise his twelve-year-old son Tate. Tate is a hemophiliac, and after getting a blood transfusion he starts manifesting odd behavior like no longer needing his glasses to see, super strength, and mad basketball skills. He soon starts craving blood. Desperate to save Tate, Aaron enlists the help of vampire hunter Earl to find a cure before Tate turns completely.

It’s pretty original. Vampires are such a worn-out sub-genre it takes a lot for a movie to actually stand out. The movie is less about Tate’s monstrousness than Aaron’s struggle to save him against all odds with his crazy parent love. 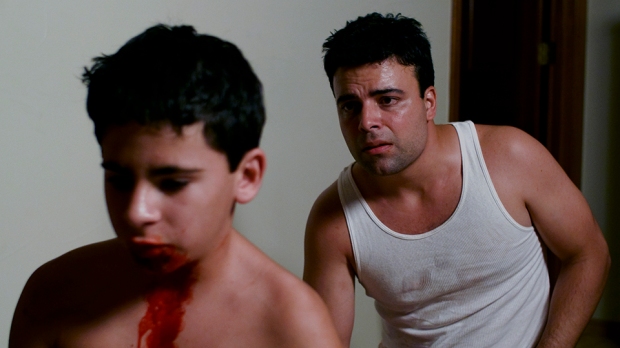 This expression is about 90% of his screen time

If you’re wondering about the title, since Aaron’s literal blood makes no appearance, it’s a reference to his conviction to save Tate because he’s his flesh and blood.

There’s plenty of blood for gorehounds, but the movie is sensitive and just plain classy. But it’s not all depressing shots of Aaron looking extremely worried. It also has occasional moments of levity. I can’t help but be amused by the scene of Aaron googling ways to help his son: “how vampires become human again.” Aaron also visits a vending machine that dispenses Acula Cola.

My gripes are few. I didn’t care for the multiple dream sequences. I also wasn’t crazy about the cure Aaron is presented with; it feels slapped together at the last minute—it’s a combination of sulfur and the blood of the vampire that turned Tate. In most vampire movies, this is pretty much the fastest way to become a vampire.

Overall, the movie is absolutely worth your time. The performances are fantastic, the Arizona scenery is gorgeous, and it doesn’t hurt that the leading man is majorly easy on the eyes. 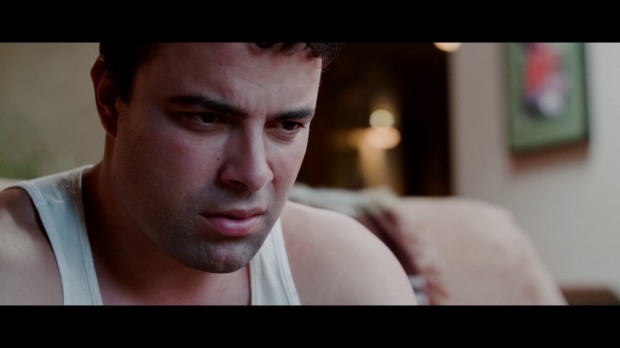 I also find it refreshing to see some diversity in the genre with a Latino family at the heart of the movie. Check it out if you’re in the mood for something sweet and suspenseful.