‘Amnesia: The Dark Descent’ is a survival horror game that’s entertaining as well as eerie. It’s based in late August 1839 in a Prussian castle. You wake up as Daniel, an explorer who doesn’t remember how he got there. As you venture into the heart of the castle you will be finding letters from you addressing yourself about a man named Alexander who has wronged you somehow.

The beginning of the game has a warning that ‘Amnesia’ “should not be played to win–instead, focus on immersing yourself in the game’s world and story. The world of ‘Amnesia’ is a dangerous place, and you are extremely vulnerable. Do not try to fight the enemies encountered–instead use your wits. Hide, or even run if necessary.” I had mixed feelings on this as the competitive person in me said “Fuck that noise,” but the D&D player in me was now very intrigued.

One of the mechanics in the game is keeping track of your sanity just like in the role playing game Call of Cthulu. Except in ‘Amnesia’ you keep track with a sanity bar rather than a health bar (i.e. “You have a pounding headache” or “Everything’s fine” or “Hands are shaking” or “…”)  ‘Amnesia’ is overall pretty good at keeping the intensity up. To keep your sanity, you have to stay in the light. Your other option is to use your limited resources of oil by lighting your lantern or using tinderboxes to light torches on the wall or random candles throughout the castle. When you are in the dark you start to hear the sound of spiders crawling and voices that are not there. The more you get into the game the more you learn the castle is not all it appears to be and neither is Alexander!

The game has letters strewn all over the place that are fairly easy to see. Please take the time to read/listen to them; if you don’t you will be doing yourself a disservice because 90 percent of the story is in the letters. Along with letters there are also little cylinder looking things which are Alexander’s memoirs that give a bonus bit to the story. These are a little harder to find, but if you are exploring the castle well you should have no problem finding them.

As you go through the castle it is quite obvious that the story and monsters are HEAVILY based on the works of H.P. Lovecraft. The scare tactics are more psychological; the monsters are strange and mutilated. One of the scariest parts of the game is when you are below the castle in the sewer system and you start to hear splashing but can’t see anything. You soon realize that there is some type of monster that you cannot see. 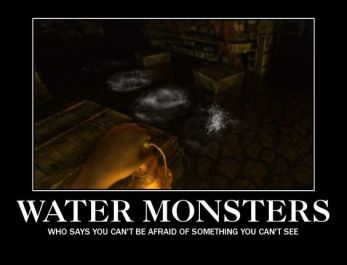 It keeps you on edge because if you touch the water it rushes you and the monsters in the game can kill you easily in one or two hits. If you are on the boxes you are safe; you move forward into a large hallway with…uh oh nothing! You just have to run! As the monster chases you, closing doors behind you only slightly annoys the monster but gives you just enough time to escape. It will make your heart pound, and at this point you are so immersed that you feel your very life is actually in danger. 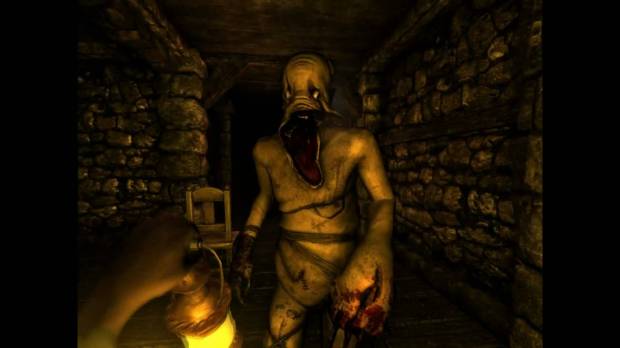 The monsters are jaw-dropping!

The game was written by Mikael Hedberg, who wrote SOMA. (Which is on my docket of games which I will be playing for you guys.)

Overall the gameplay is pretty good, the story is interesting, and it is fun to play. However, it does not have much replayablity as once you have explored you cannot find anything new on further playthroughs. Also, the graphics are outdated; the game was originally released on PC in 2010 and re-released for Playstation 4 without updating any of the visuals. I would recommend it to fans of survival horror games, psychological horror games, and people who are bored and just want a decent game to play. At its current sale price of $2.99 on Steam, it’s well worth the amount of a mobile game.