If you ask anyone what director Bob Clark was famous for, you’ll probably get one of three different answers: Black Christmas, Porky’s or A Christmas Story. And while those are all undeniably excellent films, there’s one movie on Clark’s ledger that has always been an ignored commodity. The simple truth is, Dead of Night should have a fanbase that at the very least comes close to rivaling Black Christmas.

The film, for those who haven’t seen it, is absolutely terrifying, with a number of sequences that – after seeing them – become immediately ingrained in the mind. 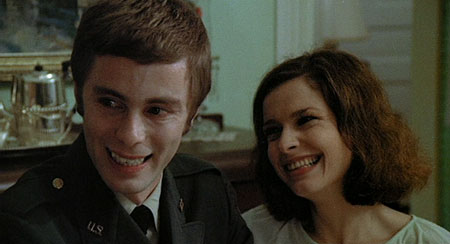 Take for example the dog scene. I don’t intend to spoil this particular shot, primarily because it’s extraordinarily savage, heartbreaking and petrifying, all at once. Now, having said that, you can probably guess that the old pooch takes a little physical damage. You’d be right, and then some.

But it’s not just singular scenes that resonate with those familiar with the movie, it’s the whole damn hideous thing!

The story is admittedly a little preposterous, as a grieving mother basically wills her deceased soldier sun to return home, alive and in one piece. He returns home, and he’s in one piece, but life left this fellow’s shell long ago. In order to maintain the illusion of youth, this guy needs to feed, and that means bodies are going to inevitably pile up.

The problem becomes deeply conflicting from a familial stand point as the picture moves toward its conclusion, and our dead zombie buddy (by the way, Andy is his name) does very little to hide his murderous ways. Dad wants him gone, out of their lives before he has the chance to hurt – or worse – someone else. But mother, though it isn’t pointedly stated, seems to have serious suspicions about what her boy has been up to. But that’s her son. She loves him, through sickness, health and undeath. And while withholding this information is certainly the wrong way to handle the situation, there’s a sadness in this woman that works to almost leave viewers sympathizing with her. She’s out of her mind, and we want to give her a hug.

Only watch this video if you want to spoil an amazingly disturbing and top 5 moment from the film.

The film’s cinematic style looks remarkably similar to Black Christmas. It isn’t the climate, it’s the way Clark wanted the camera moving, it’s the distance he picks for his shots, and the center pieces of some of his most jarring scenes in the film. It’s the uncomfortably drawn out close-ups. It feels very much like Black Christmas (and Richard Backus delivers such a powerful performance he certainly wouldn’t be outshined by any players in Black Christmas), with the biggest twist in history, and that’s likely to prove an enormous perk for those who decide to look into the movie. 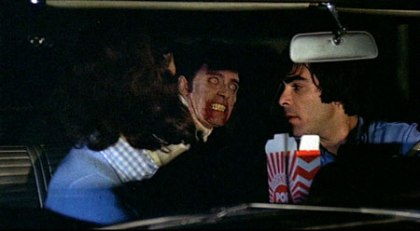 Black Christmas may have been the film that firmly established Bob Clark as a power player in the business, and that comes as a surprise, as Dead of Night carried an added pressure to impress after the release of Children Shouldn’t Play with Dead Things. Don’t get me wrong… Children Shouldn’t Play with Dead Things is a fun flick, if you’re tanked out of your mind and turn the detectable errors into the core of a drinking game.

Dead of Night was infinitely stronger than any project Clark had worked on up to that point. And again, if you put bias on the shelf, you may find yourselves feeling as though Dead of Night is a respectable rival to Black Christmas. I don’t personally think it’s quite refined to trump Black Christmas, but it is damn close.

The next time someone tells you that Black Christmas was Bob Clark’s greatest horror offering, don’t leap to argue, but don’t hesitate to introduce them to Dead of Night.