We see amazing movies remade on a regular basis. It’s Hollywood’s modus operandi to take something brilliant and dump more money and less heart into a re-imagining for the sole purpose of monetary gain. Sure, every once in a while we get a The Thing, or The Fly – most of the time we end up with The Fog, or Prom Night.

If studio executives would take the time to formulate a plan and take a different risk (it’s risky remaking any film) by remaking a lesser known or a poorly received film, they could potentially change the game (one film can inspire a major movement, as The Blair Witch Project already proved) in a positive way.

I’m eternally grateful for Fede Alvarez’s remake of The Evil Dead. I think it’s a brilliant film that stands on its own two feet with confidence. But did we need to see an amazing movie like Evil Dead remade? Why can’t we see a forgettable film remade? You know, make it not-so-forgettable?

Why hasn’t anyone thought to pull Mark A.Z. Dippé’s adaptation of Todd McFarlane’s brilliant antihero piece, Spawn from the shelves and dust it off. If there’s any film that could use some serious reworking, it’s Spawn.

Now don’t get me wrong, Dippe’s flick does indeed have some enjoyable qualities. Martin Sheen’s work as the evil Jason Wynn is surprisingly gratifying, even if it does feel a little silly. Say what you will about John Leguizamo; the man nailed the maniacal Violator. The tone of the film is fantastic, capturing a sense of legitimacy within the slums of a metropolitan city while successfully traveling back and forth through suburbia. 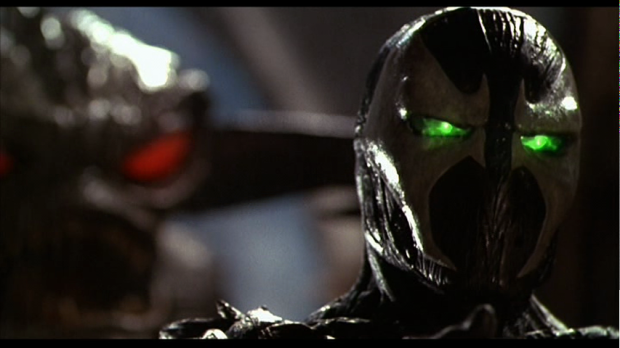 Spawn is a mixed bag. It’s a silly movie that hasn’t aged very well (I’m going to steer far clear of the CGI in order to prevent an unnecessary rant), but there’s still an intriguing story that rests at the heart of the film, and it could no doubt be improved upon and modernized to work successfully in 2017’s climate.

That’s precisely why Hollywood needs to open their collective eyes. Here we have a film that arrived in 1997 to extremely mixed reviews (let’s not pretend there were more favorable than scathing), has aged poorly, features a magnetic and unique character (that would feel right at home these days, when we see a new superhero film arrive monthly) and – on film – has damn near been banished to Never Never Land. It’s a perfect candidate for a makeover.

People forget that Spawn even exists in this medium, and I can understand why. Some of that dialog was embarrassing. The entire film is a pulled punch, with a hard-R character being forced through a PG-13 strainer. Remembering that in any favorable way is a challenge. But the challenge can be met and adequately answered.

In 2017, we have the chance to do with Spawn what should have been done 20 years ago. Let’s give this polarizing character the screen transfer he deserves. There’s still a loyal fanbase supporting Spawn and Todd McFarlane’s legacy. The superhero scene is as hot as it has ever been, and Deadpool proved that fans are just as eager to see an unforgiving anti-hero as a pure superhero. Sometimes it’s the anti-hero that feels more relatable than the superhero; we don’t all yearn to save the day. Some of us just want to be left the hell alone, accompanied only by our own vices. Spawn may seem like the kind of antisocial gent that wants to be left to his own vices, but it’s time for Hollywood to butt in and do the character justice while completely reinvigorating a really good character and comic.

I want the masterful Spawn that should have arrived in 1997. It’s better late than never (Dredd taught me this).