Last year we gave away more than 30 movies. This year we’re hoping to step things up a little bit and get a lot of additional cool things out to one lucky prize winner, in addition to – hopefully – more than 30 awesome films.

Throughout the month of August, and the first two-weeks of September we’ll be gathering all the goodies we can get our hands on, but we won’t be accepting any further submissions for this particular giveaway after September 7th. We want to have time to get our shipping handled with no hiccups (last year a handful of gift box recipients didn’t receive their packages until Halloween had passed), so we won’t be pushing the time frame in shipping our mega-box: It will hit the post office for transfer on September 13th – not a day later.

For Companies Looking to Donate to the Mega-Box:

Here’s how it works for companies who would like to contribute anything to the giveaway (there are no demands on our part, and we’ll happily accept just about anything you’d like to contribute): You can reach out to me directly @ darioargento81@live.com – I’ll provide you with a shipping address to send your goodies. Make sure to include any promotional materials that will let horror fans know about your business – where to find you, what you offer – the whole shebang.

If you do decide to contribute to this year’s Halloween gift box, you do so not for our benefit, and really, very little for your own benefit. What you’re doing is making the day (well, it will technically be a month) of a hardcore horror fan, and making sure they remember who you are and the quality of merchandise or films you’re releasing.

This giveaway is about the fans, plain and simple.

What we’re looking for:

What we’re NOT looking for:

For Fans Looking to Win this Prize Box:

All you’ve got to do is share this post on one of your social media accounts (Facebook, Twitter, Google+ – it’s up to you) and then send us an email @ Madmanslists@gmail.com. In the subject line type ‘Halloween Mega-Box’ and in the body of your email let us know where you shared the post and include your name and shipping address. One single winner will be chosen.

That’s all there is to it!

As the month unfolds we’ll continue to update this article with all of the awesome prizes we’ve assembled. That should help encourage you to make a quick share and send a brief email. After all, who doesn’t want an awesome prize pack this Halloween?

I’ll get a list of the items we’re already receiving (as well as images) posted here in this article later today, and as new donations come in, we’ll update the article and include more images and descriptions, so you know exactly what you’re getting. I can already tell you we’ve received a lot of DVD and Blu-ray donations, some apparel donations, some swag donations and some autographed comic books, so we’re off to a great start!

Keep an eye on this post later today for our very first update!

Here’s a look at some of the gear we’ve already got ready for you:

A Swag bundle that includes some popcorn holders from Comet TV, some autographed film prints, including a signed image from George Romero’s Survival of the Dead, a cool Cthulu sign and a toy for the collectors. 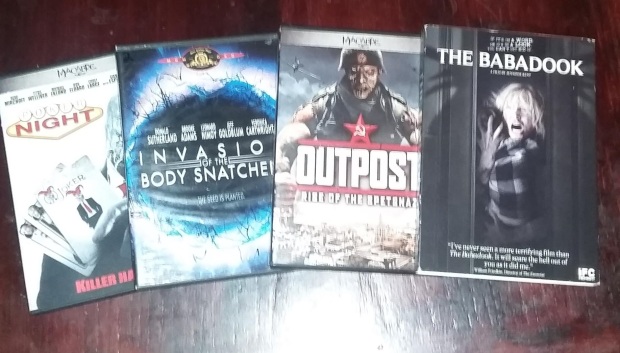 A few select DVDs: Poker Night, Invasion of the Body Snatchers (remake) and The Babadook.

A killer DVD pack from the awesome folks at Monarch. Films included: Dusk, Black Mountain Side, The Guide, Bombshell Bloodbath, True Nature, In the Eyes of a Killer, The Maze, The Watcher, All Dark Places, The Dead Inside, It’s in the Blood, Mother’s Milk, Kiss the Abyss, Nocturne 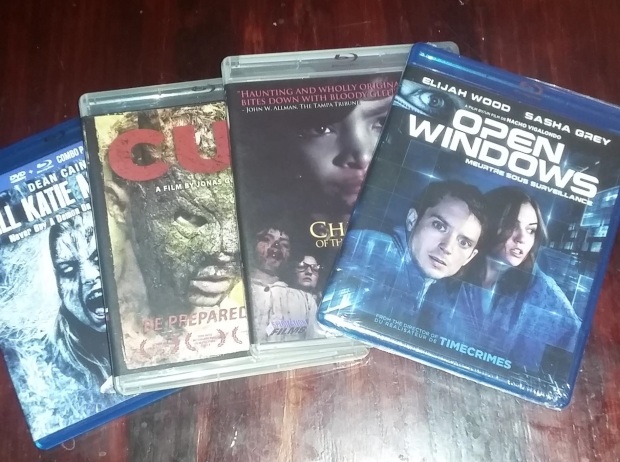 Full four issue Re-Animator comic series from Dynamite. All four issues are signed (with black, silver and gold pens) and come with certificates of authenticity. 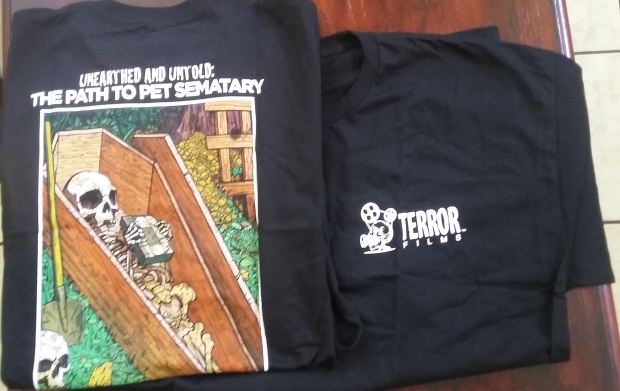 One T-shirt of Terror Films’ Unearthed & Untold: The Path to Pet Semetary 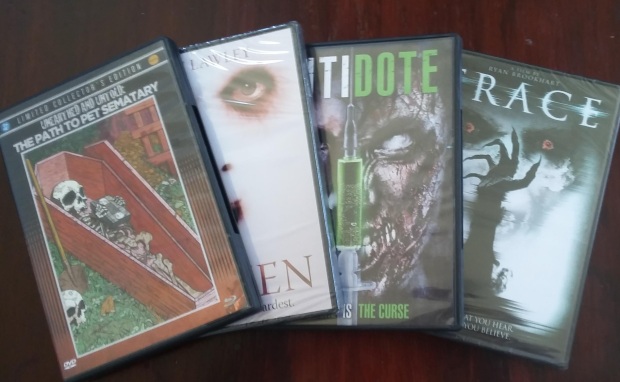 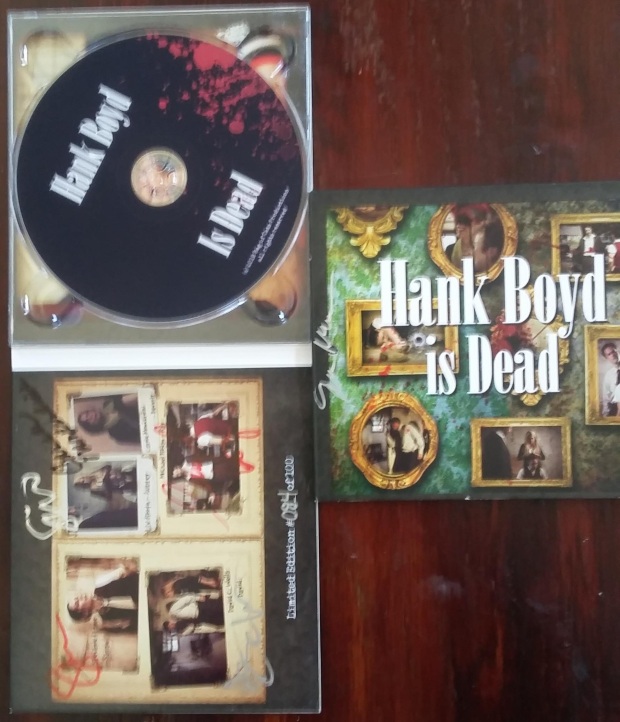 Courtesy of Terror Films an autographed (by just about the whole crew!) DVD of Hank Boyd is Dead

A ReAction 3 3/4 Inch Ghostface Figure, DVDs of Lake Alice and Killbillies and an autographed copy of Army of Darkness: Ash for President Election Special 2016. 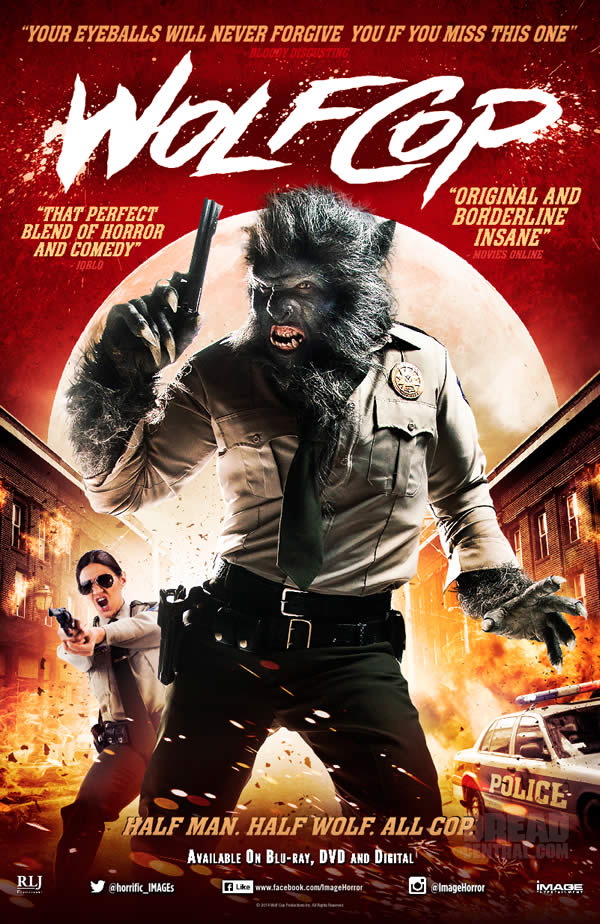 5 Comments on We’re Assembling a MEGA Halloween Prize Box and You Can Either Win it or Contribute to it! (Update #3)