Capitalizing on an exciting new trend of entertainment sweeping the country, the new film Escape Film looks like a fun and spooky spin on the horror genre.

Written and directed by Peter Dukes , this disturbing thriller boasts an impressive cast, including stars Skeet Ulrich, Sean Young, Randy Wayne, and Christine Donlon. Be sure to check out the summary, trailer, and creepy poster art below!

Synopsis: Four friends who partake in a popular Los Angeles escape room, owned by Brice (Ulrich), find themselves stuck with a demonically possessed killer. Sean Young plays the keeper of a box containing an evil demon. The friends have less than an hour to solve the puzzles needed to escape the room alive. 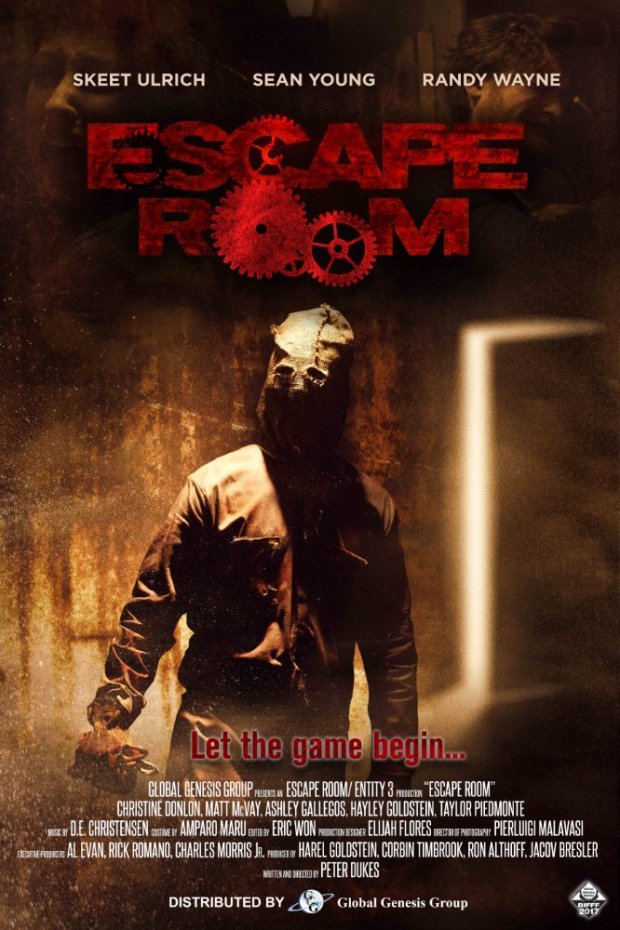