Cult of Chucky premiers soon and Chucky is tweeting his journey to London.

It’s almost time for the Cult of Chucky premier and Chucky’s twitter account is lighting up! London’s FrightFest will be the host for the world premier of Cult of Chucky, the seventh movie in the Child’s Play franchise. Back in 2013, director Don Mancini premiered Curse of Chucky at the same festival and is pretty thrilled that it’s returning this year. Cult will pick up where Curse left off – Nica has spent four years in a mental institution for a murderous rampage she did not commit. Her psychiatrist gives her a Good Guy doll for therapy reasons and surprise, surprise that doll is our best friend Chucky. Meanwhile, Andy will be coming to Nica’s aid as long as Tiffany doesn’t stop him first! 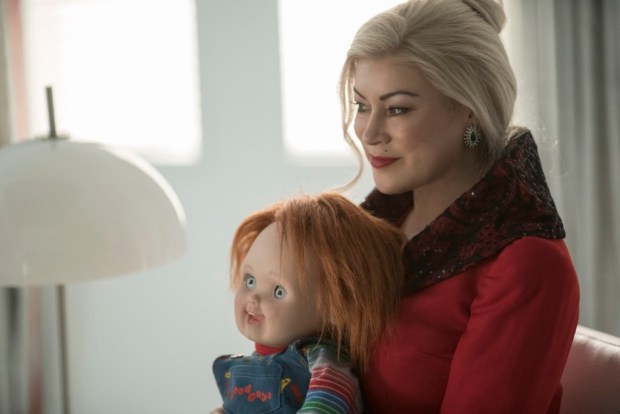 Don Mancini is the creator of the Child’s Play franchise and sole writer, Cult of Chucky will have many returning stars including Brad Dourif as Chucky and his daughter Fiona Dourif as Nica. The always incredible Jennifer Tilly will return as Tiffany and Alex Vincent will return to his role as Andy. 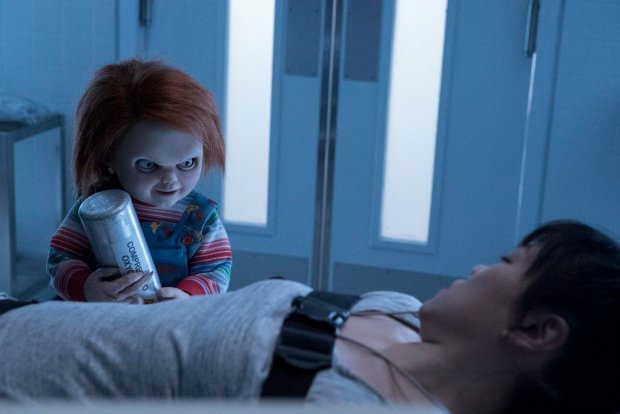 Leading up to the premier we’ve been getting some great shots of the film – leading to a lot of questions as to why Chucky has a creepy human hand! Mancini has promised to say nothing and asks us just to wait until the movie is released!

There’s also been a lot of tweets from Jennifer Tilly herself with some great shots:

On August 17th, Tilly tweeted, Tiffany is super excited about the London premiere! I don’t have the heart to tell her Don & I are in first class but she has to fly coach. 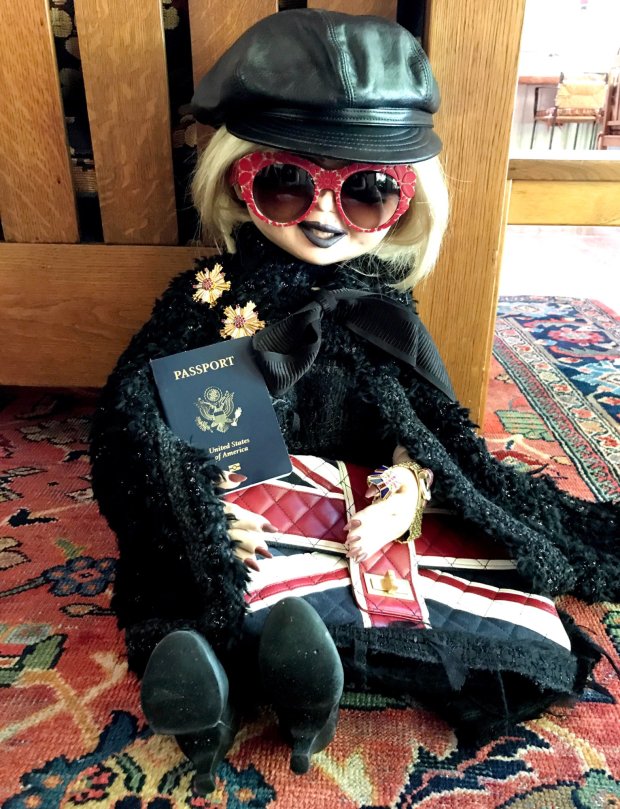 On August 20th, Tilly tweeted, Tiffany and I had a little fight and now she’s blow drying her hair by the tub. Should I be worried?

And Chucky’s been busy tweeting his arrival as well using the hashtag #chuckytakeslondon. On August 20th Chucky tweeted, I make them millions and this is how they make me travel?

Shortly after, he tweeted I snuck out and found a stash #chuckytakeslondon oh yeah use that damn hashtag and let them know who’s coming

Once Chucky arrived, he tweeted from the hotel, Nice of the hotel to put in a sink that’s my height but why the fuck is it next to the toilet #ChuckyTakesLondon

Cult of Chucky began production in January of this year in Winnipeg, Manitoba and will be released via Blu-ray, DVD and VOD on October 3rd.

If you get a chance to attend FrightFest you’ll also be able to catch the screening of the upcoming Netflix movie Death Note, the new Texas Chainsaw Massacre prequel Leatherface and the new documentary To Hell and Back: The Kane Hodder Story among many more.

It’s always great to see how loved this franchise is by the actors and by Mancini himself. Follow along with the hashtag on twitter to catch more of Chucky’s antics.