New Stranger Things posters remind us of those 80’s horror movies we love!

Every Thursday the Stranger Things twitter account has been a flurry of activity as they re-watch season one in the lead up to season two premiering on Netflix, October 27th. They call it #strangerthursdays and among the re-watch they’ve also been posting lots of great behind the scenes photos and videos.

But the best thing about #strangerthursdays? The posters they’ve been releasing!

Stranger Things is of course filled with wonderful 80’s pop culture references and horror movie Easter eggs. A few weeks ago they released a new Stranger Things poster that recreates the iconic classic poster for A Nightmare on Elm Street. And ever since then, every Thursday, they’ve been releasing a new homage poster and they’re all INCREDIBLE.

Take a look below: 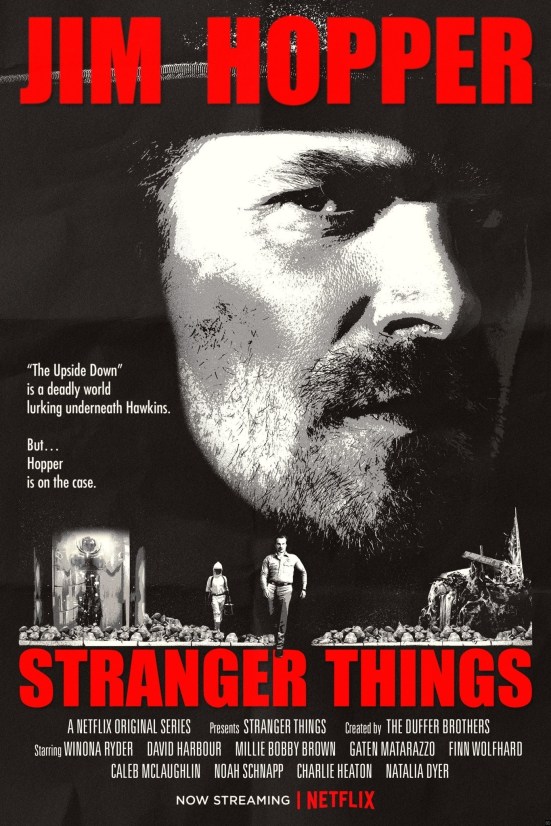 I love this show so much and these new posters are seriously amazing. I have the Nightmare on Elm Street one as my phone background right now. Take a look below for the most recent release which is a really cool shout out to Alien. I can’t wait until next Thursday when we can see the next one!

Stranger Things was created by Matt and Ross Duffer and recently the two confirmed that a season three will happen. If Netflix allows it, the show will run for a four season arc before wrapping up the story. Check out season two on Netflix, October 27th and don’t forget to follow along on their twitter account and check out all the behind the scenes photos and videos!