The 40th anniversary edition of Close Encounters is out in theaters and coming shortly to 4K Ultra HD Blu-ray. Is it worth it? HELL YES IT IS!

This week I went and saw Close Encounters of the Third Kind in theaters and it was an amazing experience. I first saw the film when I was little and while I loved all the lights and music, I was more obsessed with spending the next week making mountains out of mashed potatoes. I watched it again in my teens and while I enjoyed it, I never really appreciated it for what it is. But seeing it as an adult in a theater the way it was meant to be seen, I was completely blown away. It was an emotional and stunning experience. Close Encounters returned to theaters for a one week showing to celebrate the films’ 40th anniversary in a new 4K restoration.

The film opened with a brief documentary about the film itself and includes Spielberg, JJ Abrams and many other great people in the business. It was a great way to start the film, hearing from the best about why and how this movie was made.

Spielberg always wanted to make an alien film, when he was young he saw a meteor shower with his father and it sparked that curiosity in him that there could be something else out there. After the success of Jaws, Spielberg was granted the opportunity to make any film he wanted so he finally decided to make his alien movie. He refused to get it wrong though with his first shot so he hired Dr J Allen Hynek as a consultant. He was an astronomer who was hired to examine UFO sightings in the 40’s and so he knew his stuff. There’s a rumor that he gave Spielberg insight into top secret alien sightings in New Mexico to inspire him for the film.

The movie had a troubled production – too many script writers, over budget, and over schedule. In 1976 tropical storms came to Alabama where the movie was filmed and during one storm a lightning strike damaged one of the sound stages. Spielberg has called the making of Close Encounters, “twice as bad and twice as expensive” as Jaws. Which is saying a lot because we all know how the filming of Jaws went…

He stated that nothing in his life had been more difficult than editing the final 35 minutes of this film. But it was sort of worth it right? Close Encounters has such an incredible, beautiful and emotional ending. The filming was done in complete secrecy to keep the element of surprise for the audience. It was so intense that at one point Spielberg forgot his ID card and was denied entrance to the sound stage.

But to its’ credit – the final edit does not show any hint of the troubles that went into making it. And as Ray Bradbury states, Close Encounters may be the greatest science fiction film ever made. But it has its’ horror elements – one scene in particular when Jillian is hiding from the aliens and trying to protect her son as the electronics in her house go haywire and lights pour through every crack. This scene is so tense and terrifying to watch and you can see so many modern alien horror movies that took inspiration from this scene alone.

The beauty of this film though is how incredibly natural it all is – the families feel real, the houses are messy, the kids are loud and emotional, the choices made are sometimes selfish etc. This movie feels so insanely real and is acted and directed beautifully. It stars Richard Dreyfuss, Francois Truffaut, and Teri Garr just to name a few! And everyone absolutely nails their performances. The score was done by John Williams, so its’ no surprise the music will hit you deep to your core and trigger every emotion you have.

Listen to the score below:

To say that Close Encounters is a one-of-a-kind movie doesn’t seem to cover how amazing this film really is and how well it holds up over time. I implore you to watch this film, especially if you haven’t revisited it since you were a kid, because the experience will change you. I know that’s dramatic, but I had had the most stressful, awful week (there was a root canal involved) and when I sat down in the theater and the opening scenes played out in front of me – reality vanished and I was sucked into that story within minutes. Not once did I think about secretly checking my phone, or worrying about emails I hadn’t answered. I just sat and watched. In my opinion, Close Encounters is one of Spielberg’s finest films and will leave you emotional and introspective as you walk home.

This iteration will be on 4K Ultra HD Blu-ray on September 19th and I promise you, buy it, and you will not regret it. 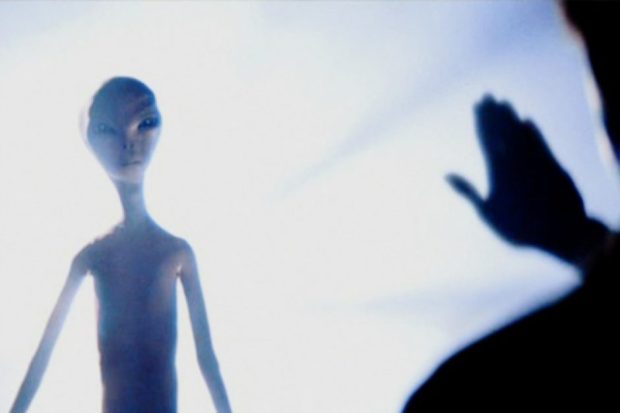