Ever wondered what would happen if Groundhog Day met with Scream? Well now you can find out with the latest feature film from Blumhouse Productions, directed by Christopher B. Landon. This looks like a lot of goodhearted fun and may even be the start of a new franchise like Final Destination.

A college student relives the day of her murder with both its unexceptional details and terrifying end until she discovers her killer’s identity. 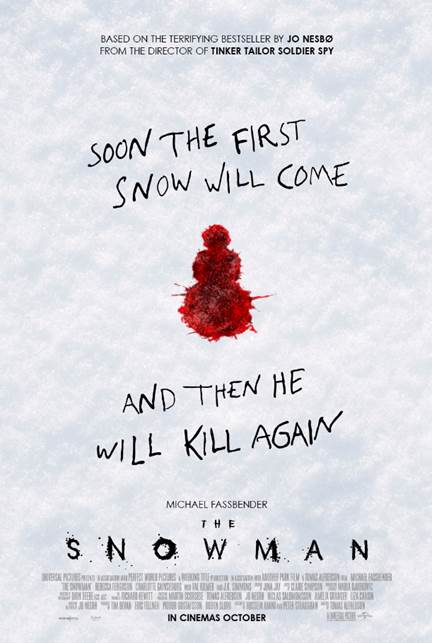 While this isn’t a straight up horror film, and more of a murder mystery thriller, it still has some horrifying scenes based on the trailer that was released. Starring Michael Fassbender, Rebecca Ferguson, and Chloe Sevigny, The Snowman is based off of a book by the same name written by murder mystery writer Jo Nesbo.

Detective Harry Hole investigates the disappearance of a woman whose pink scarf is found wrapped around an ominous-looking snowman. 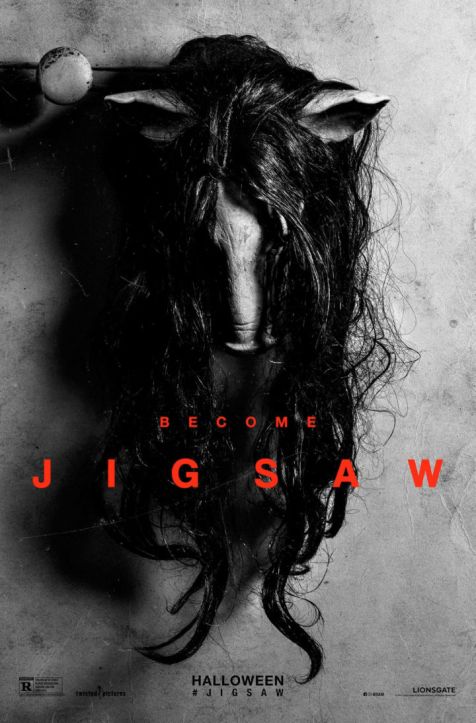 It’s almost here! The much anticipated sequel to the beloved Saw franchise that has been quiet for ten years. But Jigsaw is coming back again this Halloween season to bring us new traps, new twists, and all of the great stuff we love about this iconic series. I have to say, personally, this might be the one I’m most excited for!

Bodies are turning up around the city, each having met a uniquely gruesome demise. As the investigation proceeds, evidence points to one man: John Kramer. But how can this be? The man known as Jigsaw has been dead for over a decade.

While it has leaked online, it doesn’t officially premier until October 3rd when you can find the exciting new Child’s Play sequel on VOD or on DVD. Chucky’s back, he’s out for revenge, and there’s a whole lot of returning characters that we love. It’s getting great reviews and I can’t freakin’ wait!!

Chucky returns to terrorize his human victim, Nica. Meanwhile, the killer doll has some scores to settle with his old enemies, with the help of his former wife. 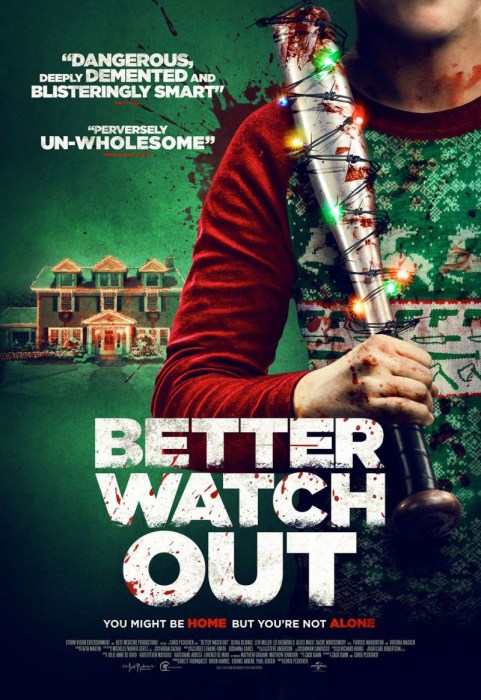 Critics loved to fight over this film, and now it’s time for everyone to watch it and make up their own minds. A home invasion thriller set against a Christmas backdrop releasing in October. What more could you ask for?

On a quiet suburban street, a babysitter must defend a twelve-year-old boy from intruders, only to discover it’s far from a normal home invasion. 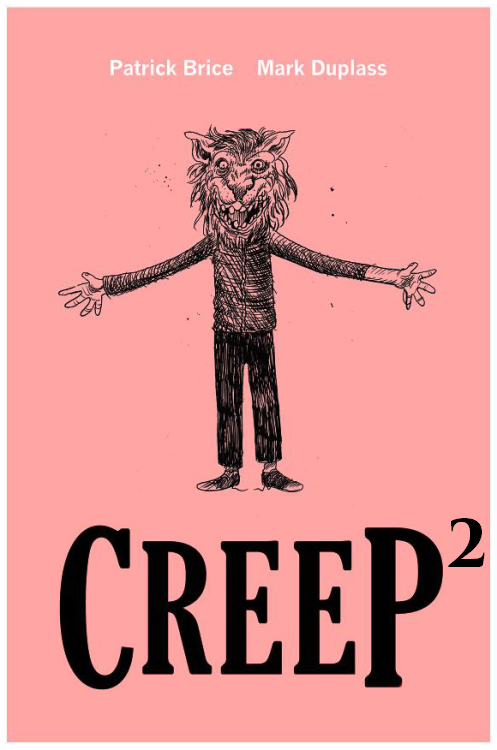 Another great sequel coming our way this Halloween season, Creep 2 came out of nowhere with a bang and it’s not much longer now until we finally get to see the finished product. Releasing onto VOD in October and moving to Netflix later in the year.

A video artist looking for work drives to a remote house in the forest to meet a man claiming to be a serial killer. But after agreeing to spend the day with him, she soon realizes that she made a deadly mistake. 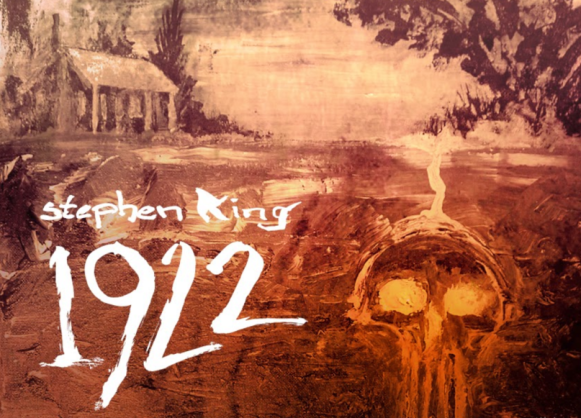 Another Stephen King, Netflix adaptation comes to us in October, this time it’s 1922 based on the novella by the same name. The trailer recently dropped and it looks incredible.

A simple yet proud rancher in the year 1922 conspires to murder his wife for financial gain, convincing his teenage son to participate.

While this may be more of a drama, there’s absolutely supernatural elements to it. Directed by David Lowery it stars Casey Affleck and Rooney Mara. Premiered at the Sundance Film Festival in January originally and now you can pick it up on DVD.

In this singular exploration of legacy, love, loss, and the enormity of existence, a recently deceased, white-sheeted ghost returns to his suburban home to try to reconnect with his bereft wife. 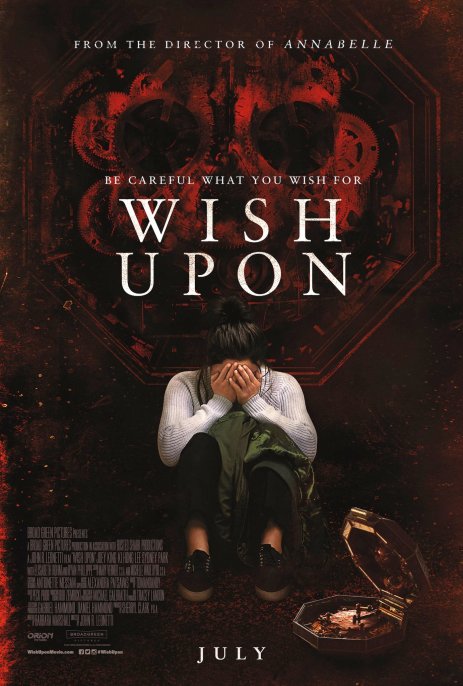 A lot of people skipped this when it was in theaters in July, but now it’s time to watch it from the comfort of your own home. Wish Upon was directed by Annabelle director John R. Leonetti.

A teenage girl discovers a box that carries magic powers and a deadly price for using them. 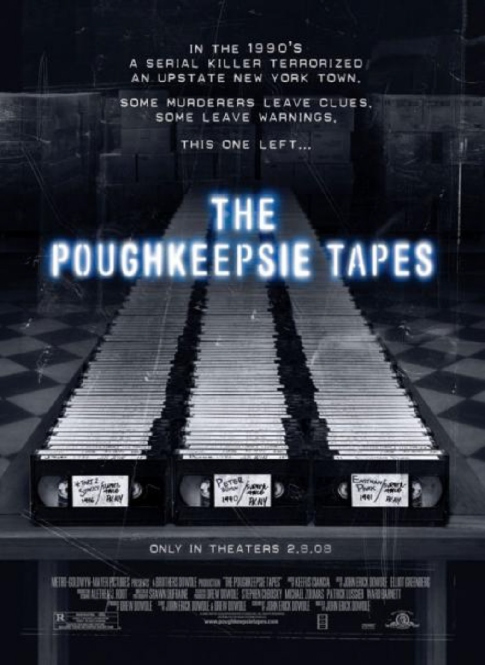 This film originally premiered back in 2007 but was never granted a DVD release, until now. Scream Factory came through for all of us and are releasing this insane film just in time for the spooky season. You will now be able to see the notorious found footage style, terrifying, brutal, uncomfortable, ground breaking film for yourself instead of just hearing rumors about the story. It’s kind of crazy that it’s finally here!

2 Comments on Ten Movies to Look out for in October