He had some ups and downs, and not every last one of his films was a smash hit, but there was something unmistakably special about Lon Chaney Jr. He garnered a sympathy from Read more [...] 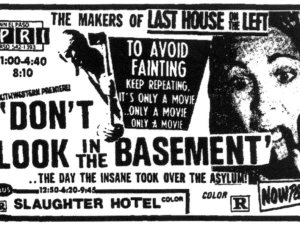 Written by: Matt Molgaard Directed by: Bob Clark Cast: Alan Ormsby, Jane Daly, Jeff Gillen, If ever there was a flm that left viewers perplexed, it was Bob Clark’s Read more [...]