Life kind of crept up out of nowhere. A few weeks ago I had no idea the film had even been conceived of, let alone gearing up for a wide theatrical launch. That’s not a bad Read more [...]

Here’s your chance to catch up on every clip and trailer we’ve seen released for the oft-discussed Kong: Skull Island. This is a lot of footage to take in, but the good Read more [...]

Get a kick out of anthologies, particularly of the genre variety? We’re with you. We’re also wholly behind Terror Films’ latest anthology, Patient Seven. The flick Read more [...] 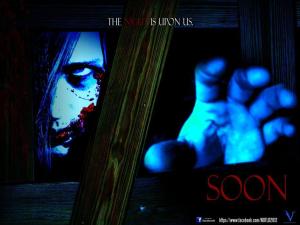 If you’re not entirely sure of who Judith O’Dea is, just think of the most iconic film opener of all time and you’ll know the answer. You’ll also know if your name Read more [...] 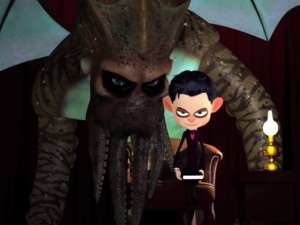 If you haven’t read the Howard Lovecraft and the Frozen Kingdom graphic novels (check out our review right here), you’re missing something very special. This story is Read more [...]

Editor’s note: Twentieth Century Fox has demanded we pull these images from the site. Looks like our little theory might carry some weight. These folks seem awfully Read more [...]

Let Her Out is one of those rare genre flicks that completely pops up out of nowhere… and totally impresses! We haven’t actually seen the film yet, but there are three Read more [...]

Horror has never been hotter on the small screen. Never. With a staggering amount of genre shows cluttering numerous networks, the trend doesn’t seem to be slowing. If Read more [...]

New Line is preparing to unleash The Conjuring 2, and they’re pulling no punches in working to entice potential viewers. There are a series of new clips now online, and Read more [...]

The Forest made its way to the big screen on January 8th, but Gramercy isn’t taking that as a cue to slow the promotional campaign. Four new clips come rolling in Read more [...]

Dan Berk and Robert Olsen’s Body was a pretty damn good indie flick. The taut thriller brought a number of emotions to the surface, and if you haven’t had the chance to Read more [...]

If you haven’t caught Miss Meadows yet (you can read our review right here), you should make it a top priority. It’s a blast of a film, loaded with big laughs and Read more [...]