At first glance the new Alien: Covenant poster looks like an awesome exploration of H.R. Giger’s beautifully twisted mind. But after staring at this bad boy for a few Read more [...]

The original 13 Ghosts was a goofy little picture that doesn’t exactly stand as one of William Castle’s finest flicks. But it made for enough fun to warrant a 2001 remake Read more [...]

The new Friday the 13th game seems to get a little cooler with every single new announcement or media reveal. It looks brutal, boasts some awesome graphics, unforgiving death Read more [...] 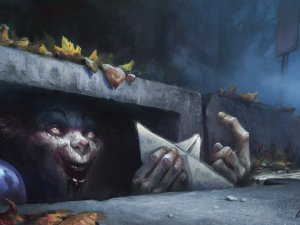 Hoping for some cool media from the forthcoming remake of Stephen King’s It? We’ve got it for you, in the form of a wicked cool poster. This beast is purchase worthy! Read more [...]