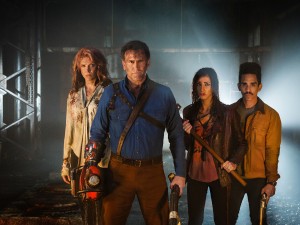 The one thing that can always be said of Bruce Campbell is that he dedicates himself to every role. And, he’s such a naturally interesting and colorful character, he Read more [...]

Warning: This article contains potential spoilers for the season seven launch of The Walking Dead. If you don’t want to know who Negan kills, you probably want to get away Read more [...]

Like so many great Scooby Doo episodes, What a Night for a Knight opens to a dark, foggy image. There’s an abandoned pickup on the side of the road, loaded with a sizable Read more [...]

We skipped the first episode coverage because, well, anyone with an internet connection can actually watch the episode in its entirety (in fact, it’s directly below). Read more [...]

The Playlist leaked some important details about Ridley Scott’s Alien: Covenant, and these details will surprise many. If you’re a spoiler kind of person, read them while Read more [...]

When it comes to the small screen, there are some tricks that don’t necessarily work all that well. Take for example a show like The Walking Dead, and the groan-inducing Read more [...] 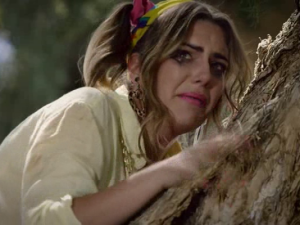 Written by: Matt Molgaard Directed by: Glenn Miller Cast: Ione Butler, Andrew Asper, LaLa Nestor Outside of a colorful introduction, the first act of the film is spent Read more [...]

Written by: Ignacio Ramirez Episode four opens with a strong emotional scene that features Emma and Audrey trying to calm down a hysterical Noah as they witness Riley’s Read more [...] 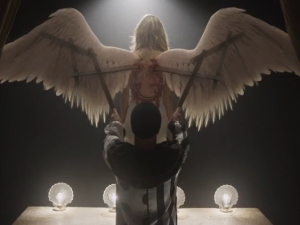 Written by: Paula Limbaugh Eek!! It’s baaaack, American Horror Story: Freak Show!  Did you WATCH??  What did YOU think??  It’s everything I expected, dark, Read more [...]