August 12th is a surprisingly important day for horror. History has given us some genuinely stellar films on this day, and that pattern began more than 70 years ago, and Read more [...]

If you haven’t added TubiTV to your list of must-visit-daily sites, you’re already fallen behind. The website is awesome, hosting too many films to count, of extreme Read more [...]

I’ve been profoundly leery about the forthcoming remake of Suspiria. Suspiria is one of those cinematic masterpieces that you just don’t touch. Just the same, Amazon Read more [...] 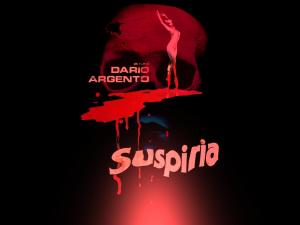 If you’re one of us fans that squeezes comfortably into the “older” category, you’re going to love hearing that Dario Argento’s classic pic, Suspiria, is getting Read more [...]

So for a really, really long time we’ve been hearing that Dario Argento’s classic, Suspiria would be one of the next big genre films to receive the remake treatment. Of Read more [...]

Written by: Matt Molgaard Remakes are often more disappointment than satisfaction. But here and there we are treated to high quality reimaginings. Aja’s The Hills Have Eyes Read more [...]