Want to get in the mood for Halloween and re-live your traumatic childhood Disney memories? Here are my top five dark Disney films.

Disney is known for its heartwarming classics that every generation grew up watching from famous animation like Snow White to live action classics like High School Musical (WHAT TEAM?!). Disney also has its fair share of Halloween movies and two classics that I think a lot of us watch every season are the 1993 film Hocus Pocus and 1998’s Halloweentown. I love both of those movies so much and while they don’t strike any fear into my heart, they certainly put me in the mood for the spooky season.

But Disney has a darker side. Back in the day they tried to edge towards more mature live-action films and brought in actors like Bette Davis and Christopher Lee to help them. They brought in scary elements and themes like missing children and some terrifying monsters. So if you’re looking for the dark side of Disney and maybe something to traumatize your kids like we were when we were younger with these films, read ahead as I give you FIVE DARK DISNEY FILMS:

In the early 80’s Disney was at a surprisingly low point as their core audience had grown older and were looking for more mature films to watch in their spare time. Disney decided to try something new and this was their offering in this new, darker era. Watcher is a supernatural ghost story about a family that moves into an old mansion in England. Bette Davis joined the cast and performed a wonderfully creepy lead role. The original script for this story was too dark, even for this new edgier Disney, so they edited to be slightly less scary and it was directed by John Hough (The Legend of Hell House). 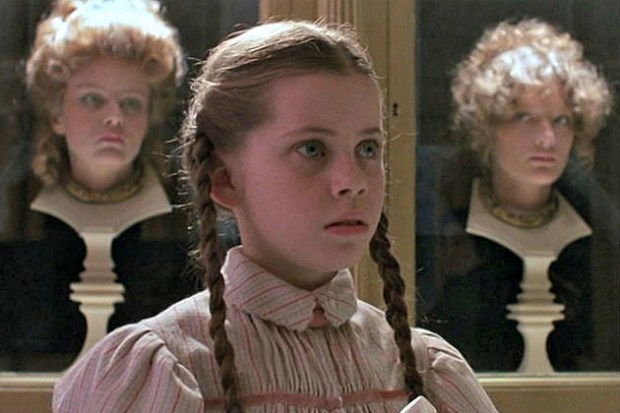 This film screwed me up when I was little – I was expecting a light hearted sequel to the 1939 film The Wizard of Oz and was instead treated to a bleak, scary whirlwind through a dying Oz. There’s so many things to touch on in this movie – Oz looking post apocalyptic with the yellow brick road cracked and dying, Oz being ruled by a headless princess who keeps living heads in glass jars, and Dorothy receiving electroshock therapy. Oh, and don’t get me started on the Wheelers – nightmare inducing that would make for one hell of a Stephen King short story. 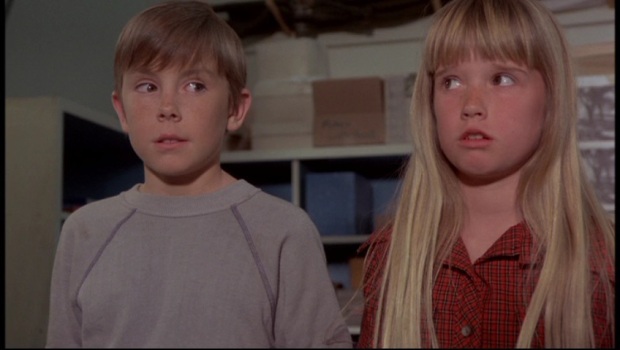 This was Disney’s first attempt at mature science fiction which turned more into a dark thriller involving a brother and sister with paranormal abilities that were being hunted by a group of cult like people. The evil henchman is played by Donald Pleasence who you may know as Dr. Loomis in Halloween and he brings an even more terrifying element to it. Young children being preyed upon sinister adults – so scary, the kids being locked in a spooky castle while the group tries to convince them to use their powers for evil – SO scary. Based on the novel by Alexander Key, Disney followed up a few years later with the sequel, Return from Witch Mountain, in which Christopher Lee and Bette Davis play the villains.

Something Wicked this Way Comes (1983)

Based on Ray Bradbury’s book of the same name, Jonathan Pryce plays the scary Mr. Dark who brings his carnival to Greentown. Two young boys uncover the true reason for the carnival which is to collect the souls of the townsfolk. Bradbury wrote the script and it has a lot of terrifying elements and gives off that Halloween vibe with the small town setting in Fall. Mr. Dark is really where the horror lies though, especially when he reveals his tattoos of the souls he’s captured.

Set in medieval times, Taran and a group of friends embark on a journey to stop the evil Horned King from getting his paws on a cauldron that will give him world domination. Go big or go home right? To be fair, this movie isn’t that scary and just has some spooky elements. But what’s odd about this one is how hard Disney is trying to bury it. They never release it on DVD, you can’t find merch, and it certainly was never made into any cool rides at the parks. But in their defense, when the film was released it did so poorly that it almost brought down their animated film division. But I love this film and it set off my love of fantasy and Dungeons and Dragons at a very young age. It was also the first Disney animation film to receive a PG rating due to the violence in the story.

So that’s it! Any on these list you’re going to check out? Have any of your own to add? Let us know in the comments.