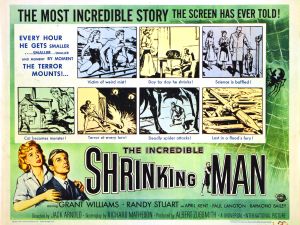 Directed by: Gene Fowler Jr. Cast: Michael Landon, Yvonne Lime, Whit Bissell I Was a Teenage Werewolf has an interesting reputation. It’s often recognized as one of the Read more [...]

Written by: Matt Molgaard Sometimes it’s hard to separate nostalgia fueled fanboyism and honest commentary. We’re so inclined to look back on films of the past with Read more [...]