I can’t remember if I actually took a breath during this movie.

The tension and suspense was so high, it fuelled the entire story.

Right from the very start we are thrown into the inner turmoil that Donna (Brittany Snow) has endured, and is about to endure even further.

Not too long ago Donna had a science teacher(Johnathon Schaech) develop a very unhealthy obsession with her, which drove him to murder her parents in order to get to her.

This left her in the care of her Aunt and Uncle.

The teacher was then sent to prison, but it soon becomes obvious with the panicked police piling on the scene, that he has escaped.

This catapults an entourage of scenes compiled of worriedpolice officers nervous at the fate of Donna. All convinced he has escaped with the sole purpose of tracking her down and either killing or abducting her.

The acting is impressive from the entire cast, but a mentioning has to go to Brittany Snow, who portrays suffering, and pure terror when she realises what is going on.

Johnathon Schaech also creates chills in his petrifying character, who eliminates many unsuspecting victims without a moments hesitation.

But yet when it comes to Donna, in his warped mind, he still believes she wants to run away with him.

All this could not come at a worse time, as the unknown location of a very dangerous individual has many people’s blood pumping, but the students are also very anxious, but this is due to their senior prom. A night of pressure to look good, where you’re surrounded by your peers who will be judging and some even mocking you. This is an interesting device, there are many horror movies with the main plot being a man wants to find a girl, and either execute, torment, or capture her. But this is often among monotonous daily lives of boring people. 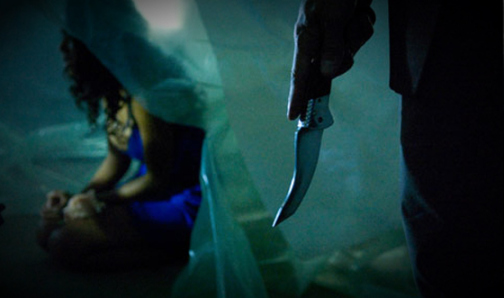 But adding the convention of having him finally track her down at her high school prom, is genius.

As every time she has to disappear to the hotel room, or the bathroom, the audience wonders if this time he will finally be reunited with her, or will a friend hop along for the journey and thwart his plans.

The gritty and ‘real’ way in which Mr Fenton slaughters, rips and slits is fantastic.

Much of our modern day horror flicks thrive themselves on devising new and revolutionary ways to kill people (Saw, Hostel) but there is something deeply disturbing about a man who simply snaps, grabs a knife and goes on a killing spree.

The technical aspects are also something to boast about, the lighting in many moments adds to the fright, as it highlights the teacher hiding in wait to force demise on several people. 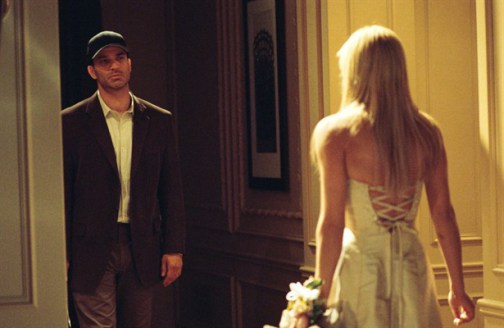 Music is cleverly used, not abused, but its full use is definitely exploited, a nice background theme is apparent in the build up to a murder scene, but in the moment just before we anticipate the man jumping out of the darkness, silence prevails, leaving us in a void of unawareness. Not knowing what is going to happen next.

This gem also begs the all too common question in this genre, why investigate a strange noise?

But many horror veterans have answered this question implying that if a horror film portrayed a safe, sane reaction, then there would be no point in making horror.

As Hitchcock once said ‘always make the audience suffer as much as possible’.

The director Nelson McCormick was feeling particularly sadistic when directing this by using the suspense scare and the jolt scare simultaneously.

Whereby the music is building a thick tension within us to an almost intolerable level, only to dissipate and jolt us at an insignificant scare, when it becomes apparent that it actually was just a noise, or something silly such as an item falling on the floor, or wind blowing a door shut.

This happens quite frequently, which I feel is a great element of this film.

Overall the ride was full of jerks, scares, chills, and many, many annihilations.

Mixed in with some admirable acting, and clever twists.