Afflicted is engulfed in buzz right now. Everybody and their mother is chatting up the film, and based on the promo goodies hitting the market, it seems there’s good reason. Never mind all the early praise and all…

The pic is available now in select theaters and VOD, and you need to catch it ASAP!

Before you get around to that, however, dig on this nasty poster that just dropped for the film. They say sometimes less is more? This one-sheet proves it!

The film is written, directed by, and starring Derek Lee and Clif Prowse.

Here’s the synopsis, as well as a look at the full size poster and kick ass trailer.

Synopsis: “This terrifying horror thriller follows two best friends who set out on the trip of a lifetime around the world.  Their journey, documented every step of the way, soon takes a dark and unexpected turn after an encounter with a beautiful woman in Paris leaves one of them mysteriously afflicted.  Winner: Best Picture (Horror), Best Screenplay (Horror), Best Director (Horror) at Fantastic Fest, and recipient of awards of recognition from the Toronto International Film Festival and the Sitges International Fantastic Film Festival.  AFFLICTED is one of the most suspenseful and original action horror debuts in a generation.” 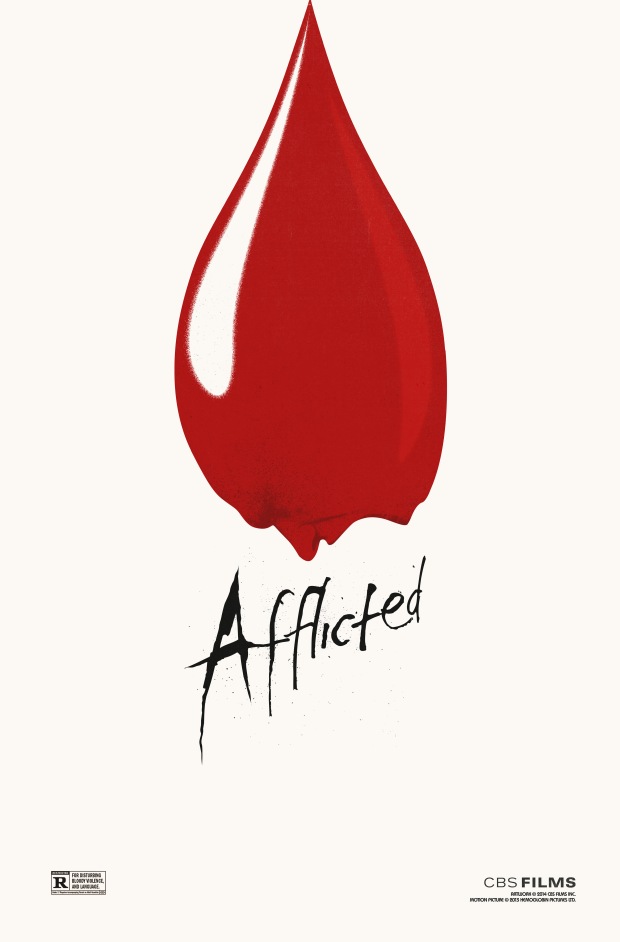