Sinister was awesome, and it’s beginning to look like Sinister 2 is going to be every bit as wicked! We’ve got a look at the new red band trailer for you below. Trust us, you really, really want to see this!
The film stars Shannyn Sossamon (Catacombs, The Day), James Ransone (who appeared in the first film as well as Oldboy), Robert Daniel Sloan (Hero of the Day), Dartanian Sloan (Life’s an Itch), Tate Ellington (Red Hook, Remember Me) and Nicholas King (who also appeared in the first Sinister film in addition to Max Keeble’s Big Move).
Sinister 2 opens on August 21st. Ciaran Foy (Citadel) directs while Scott Derrickson, director of Sinister, pens the screenplay with C. Robert Cargill.
Synopsis: In the aftermath of the shocking events in Sinister, a protective mother (Shannyn Sossamon of “Wayward Pines”) and her 9-year-old twin sons (real-life twins Robert and Dartanian Sloan) find themselves in a rural house marked for death as the evil spirit of Buhguul continues to spread with frightening intensity. James Ransone co-stars. 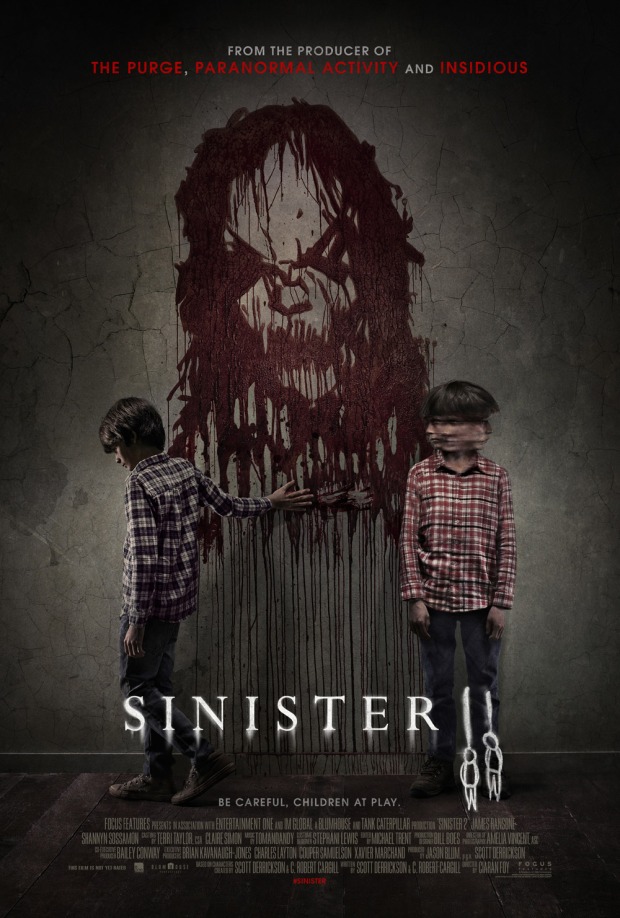